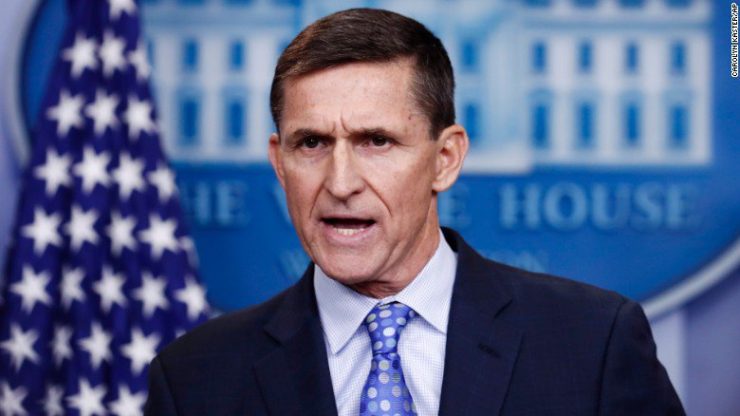 His departure came just after reports surfaced that the Justice Department warned the Trump administration last month that Flynn misled administration officials regarding his communications with the Russian ambassador to the United States and was potentially vulnerable to blackmail by the Russians.
“I inadvertently briefed the Vice President-elect and others with incomplete information regarding my phone calls with the Russian ambassador. I have sincerely apologized to the President and the Vice President, and they have accepted my apology,” Flynn wrote, according to a copy of his resignation letter obtained by CNN.
“I am tendering my resignation, honored to have served our nation and the American people in such a distinguished way,” he wrote. “I know with the strong leadership of President Donald J. Trump and Vice President Mike Pence and the superb team they are assembling, this team will go down in history as one of the greatest presidencies in US history.”
The move comes less than a month into the job, making him one of the shortest-serving senior presidential advisers in modern history.
Gen. Keith Kellogg will be the interim national security adviser, multiple sources tell CNN. He most recently served as National Security Council chief of staff.
A senior administration official said Kellogg, retired Gen. David Petraeus and former Vice Admiral Bob Harward are possible replacements for Flynn. Another senior official told CNN Tuesday that Harward is considered the top contender for the job.
Petraeus is going to the White House Tuesday, according to sources inside and close to the administration.
“He is making a run” for the job, one source said, but noted “he has a lot of baggage.”