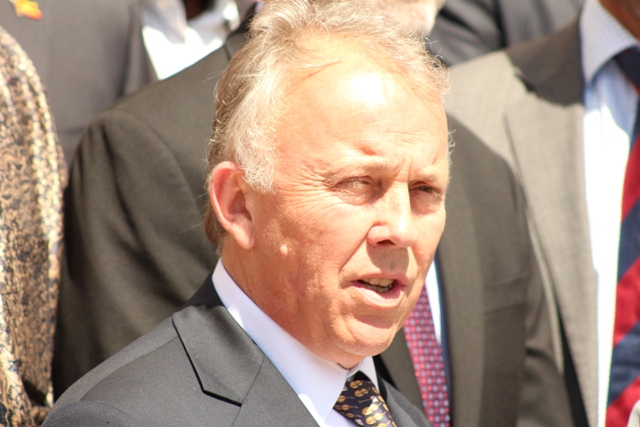 The Special Representative of the UN Secretary-General (SRSG) in Somalia, Michael Keating, condemned in the strongest possible terms today’s attack at a market in Mogadishu that reportedly killed at least twenty-five people and injured dozens more.

At about 1300 hours, a VBIED detonated at the Abagedo market near Kawa Guudey in the Dharkenley district of Mogadishu. The deceased include pedestrians and shopkeepers who were in the vicinity of the market when the blast took place. No group has yet claimed responsibility.

SRSG Keating described the incident as a brutal reminder of the retrograde tactics employed by violent extremists. The attack takes place as the country prepares for the inaugural celebrations of the new Somali Federal President Mohamed Abdullahi Mohamed Farmajo who has come to office amid an extraordinary public outpouring of euphoria marking the beginning of a new chapter in Somali history that is ripe with opportunity and promise.

“I condemn the terrorist attack in Mogadishu today. Killing civilians is despicable and achieves nothing – except to remind Somalia of the indifference of extremists to human life and suffering” SRSG Keating said. “I commend the swift response of Somalia’s security and first responders. The perpetrators need to be brought to justice swiftly.”

“Our deepest sympathy goes out to the families and friends of those who have died.”