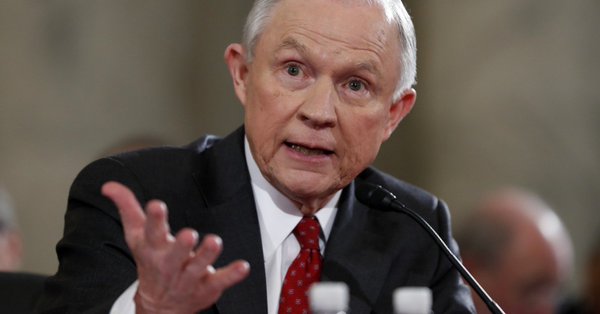 One of the meetings was a private conversation between Sessions and Russian Ambassador Sergey Kislyak that took place in September in the senator’s office, at the height of what U.S. intelligence officials say was a Russian cyber campaign to upend the U.S. presidential race.

The previously undisclosed discussions could fuel new congressional calls for the appointment of a special counsel to investigate Russia’s alleged role in the 2016 presidential election. As attorney general, Sessions oversees the Justice Department and the FBI, which have been leading investigations into Russian meddling and any links to Trump’s associates. He has so far resisted calls to recuse himself.

Be the first to comment on "Video:-Sessions met with Russian envoy twice last year, encounters he later did not disclose"