The Nairobi County Assembly has offered to train and enhance the capacity of the Jubbaland State Assembly to help it meet its mandate.

“We are ready to cooperate with you in terms of manpower development,” Nairobi County Assembly Speaker Hon. Alex ole Magelo told his Jubbaland counterpart Hon. Abdi Mohamed Abdirahman, during a courtesy call on the speaker by members of Jubbaland regional assembly yesterday.

“You can always send your staff here to learn, anytime. We are ready to partner (with you),” said Nairobi County Council Speaker.
Hon. Ole Magelo suggested that with the help of AMISOM civilian division, the two Parliaments should twin for mutual benefit. “I am proposing that the Clerk begins a twinning programme for the two assemblies.”

Twinning is a concept used world-over by municipalities and assemblies to exchange ideas, technical knowledge and manpower. Nairobi County Assembly has twinned with a number of cities around the world.

In reciprocation, the Jubbaland regional assembly Speaker invited members of the Nairobi County Assembly to visit his parliament, which was inaugurated in April 2015.

“Our Parliament needs capacity and training. Members are ready with the little resources available to undertake their mandate. I invite your assembly to visit us, (although) a young assembly, so that we can learn from you,” Speaker Abdirahman said.
“I see your assembly is very advanced. Ours is still under development,” he added.

“I know you will go back with structures that will help you build a young assembly as yours,” Speaker Magelo told the Jubbaland assembly legislators.

The Nairobi County Speaker highlighted the history of his 127-member assembly and told the visiting members that it had considered 304 motions since its inception in March 2013.

Speaker Abdirahman thanked AMISOM’s civilian command for organizing what he termed a “very successful” training for his MPs. “(AMISOM) has really worked hard to see us here.”

He added, “Our people in Jubbaland will be happy when we go back with the knowledge we have gained at the training and at this National Assembly. We go back better than we left (Kismaayo).”

Abdirahman, the head of Jubaland State’s 75-member Parliament, told the AMISOM civilian division, “you have started well but we still need you to help us”.

In an interview later, Dr. Walters Samah, AMISOM Political Officer said regular inter-parliamentary exchanges or visits should be an integral part of strengthening legislative and oversight roles.
“The visit by the Jubbaland State Assembly delegation will undoubtedly enable them to learn from Nairobi County assembly’s relevant experience and knowledge which we have seen in display today.” 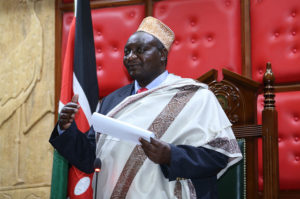 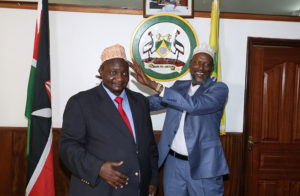 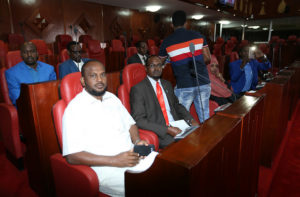 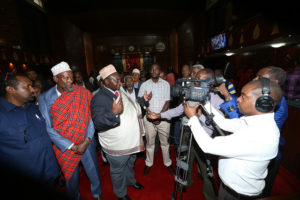