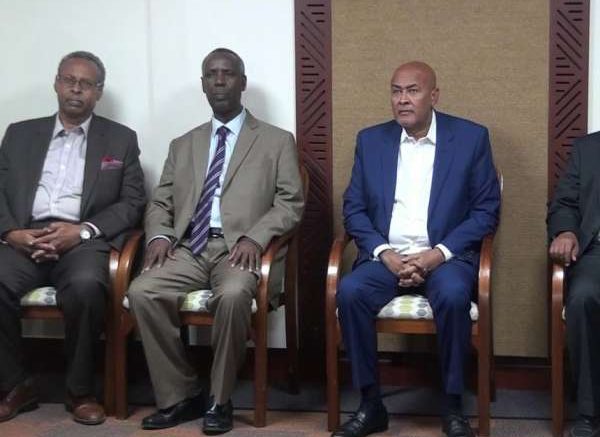 0
SHARES
ShareTweet
Somaliland’s main opposition leader has hinted at a possible unification with Somalia ahead of next year’s elections.
Somaliland, which acquired independence in 1991 during the civil war that erupted after the collapse of Siyad Barre, still remains an autonomous region of Somalia, subject to the Somali Federal Government (SFG) in Mogadishu.
Attempts to seek recognition in the past 25 years have failed as most states and International communities have tended to respect “colonial borders”, laid down by European colonial powers in the 19th century.
Opposition leader Abdirahman Abdullahi has reached out to Somalia Prime Minister to ensure the merger of Somalia with Somaliland.
Somaliland voters are set to go for a General Election on March 27, 2017, just months after Somalia holds its presidential polls on December 28 this year.
Abdullahi also reached out to the United Kingdom (UK), Denmark, France, European Union (EU) and Germany through their representatives during a meeting held in Nairobi on Wednesday.
“We want the international community to help our country hold free and credible elections,” he said.
Other participants in the meeting also held at Serena Hotel on Thursday were a delegation from Somaliland, the opposition side and Somalia Prime Minister Omar Sharmarke which was
The polls are set to continue amid talks on merging the two countries.
Incumbent President Ahmed Mohamed, who won the country’s polls in June 26, 2010, announced that he will not be seeking another term. He fronted Muse Bihi to run on a ticket of the ruling party – Kulmiye.
The election will be the fourth elections in the country, previous ones having taken place in 2003, 2010 and 2005 (parliamentary polls).
Since the 1960s, when most of the African countries acquired their independence, there have only only two significant alterations to the colonial map.
These are the division of Eritrea from Ethiopia in 1993 and South Sudan from Sudan in 2011.
SOURCE:THE STAR KENYA