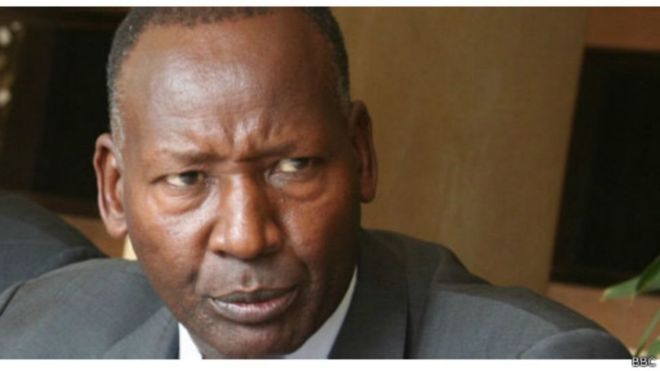 0
SHARES
ShareTweet
Interior cabinet secretary Joseph Nkaissery is dead.
He passed on after being admitted to Karen Hospital on Saturday, July 8 – Hours later, his widow, Hellen Nkaissery, was hospitalised after receiving the news of her husband’s death Hellen Nkaissery, the widow of the late Interior cabinet secretary Joseph Nkaissery has been hospitalised.
According to reports seen by TUKO.co.ke, the late Nkaissery’s wife was rushed to Nairobi Hospital where she was admitted with high blood pressure.
Speaking outside Lee Funeral Home where the late Nkaissery’s body was transferred to from the Karen Hospital, Kajiado Central Member of Parliament Elijah Memusi confirmed Hellen’s admission.