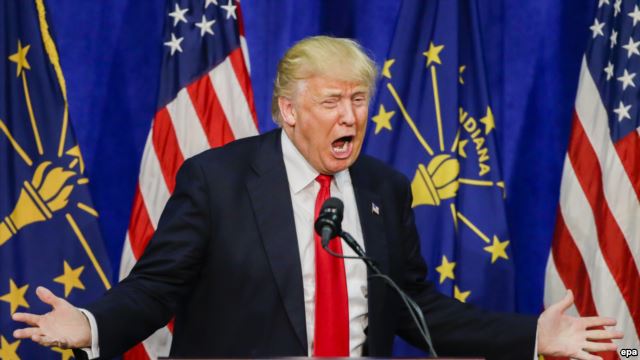 44
SHARES
ShareTweet
President Donald J. Trump
The President of the United States of America
The White House
1600 Pennsylvania Ave
NW, Washington, DC
20500, USA
Cc. Chief of Staff, The White House
Cc. The U.S. State Department
Cc. The U.S. Defence Department
Cc. The Africa Command, Djiboutiville, Djibouti
Cc. U. S. Embassy, Djiboutiville, Djibouti
Cc. U.S. Embassy, Nairobi, Kenya
Cc. U.S. Mission in Somalia, Nairobi, Kenya
Cc. Ambassador Stephen M. Schwartz
Subject: Condemnation of the Barire Massacre
Date: 26 August 2017
Your Excellencies,
We, the elders and intellectuals of the Habar Gidir clan of the Hawiye Somalis, with the knowledge of our members of the Legislative Council, both at national and at federal level, as well as our members of the Federal Government of Somalia, are deeply shocked, saddened and appalled by the brutal aerial attack on the early morning of 25 August 2017 in Bariire town of Lower Shabelle region of Somalia which evidently resulted in the deaths of dozens of innocent civilians, including children. We discovered from the local community that the unprovoked attack was carried out by the United States special forces under the aegis of the notorious campaign of the “War on Terror”. Under these unilateral military operations, many Somali civilians throughout Somalia have been massacred and murdered at their dwelling, mostly at nights.
Your Excellencies,
Although we first approached the Federal Government of Somalia for our concerns and grievances, the message we have obtained from them through the mass media was astonishingly ambivalent at best and immensely contradictory at worst. Our members of the government have tended to sympathise with us as they have a leading role to play under the current Somali constitution in acting as state representatives as well as regional constituencies, but they failed to fully represent us due to their individual interests. However, we acknowledge and command the role of the Federal Government of Somalia in ensuring the reinforcement of the principle of protection of civilian under the constitution.
The Federal Government is too weak to react to those massacres, both in theory and in practice. Sadly, nevertheless, this was the second time the United States special forces have committed massacre on our people, given the GalMudug incident last year, when Somali security forces were ambushed by launching aerial attack on their barrack on the outskirts of central Somalia town.
Your Excellencies,
We ask for the United States, especially the U.S Africa Command in Djibouti, to immediately appoint an inquiry to investigate into the atrocities committed thus far against the Somali people in general and the Habar Gidir clan in particular. Since the case is evident, we suggest to compensate the families of those who have been massacred and murdered under the United States war machines to bury the bodies. We understand that most African states, having fully cognisant the well-being of their citizens as well as the consequences of the “War on Terror”, have denied the United States to have military bases in their territories. We feel that the United States have been adding fuel to the fire in Somalia since 2001, when the George Bush administration began to sponsor the Somali warlords to pit them against the Union of Islamic Courts (UIC), which pacified much of southern Somalia by reinstating peace and stability to war-torn Mogadishu for more than a decade for the first time.
Unfortunately, the mistaken U.S policy towards Somalia led to the evolution of Al-Shabaab which wreaks havoc on Somali society on daily basis.
Your Excellencies,
We abhor the United States foreign policy which based on your own security and economic interest and thus disregards the Somali people’s interest to succeed with one Somali state and one Somali unity. We advise the new U.S. administration under President Donald J. Trump to change its failed policy towards Somalia and cease the detested engagement with Somalis. Be that as it may, we strongly reiterate the United States to allow compensation for the Somali victims of the attacks by U.S. forces. We eventually urge the Federal Government of Somalia to terminate its long-term agreement with the United States military presence in Somalia for the benefit of saving Somali society from the unconventional U.S. weapons and war machines.
Your’s sincerely,
The signatories of the Habar Gidir elders and intellectuals are listed below for your attention.