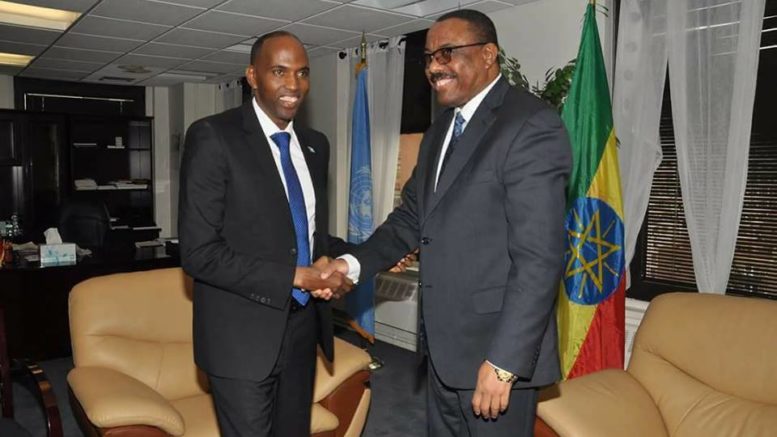 The Somali Prime Minister on the occasion appreciated Ethiopia’s relentless support to the Government and people of Somalia. He also expressed that his country value the relation it has with Ethiopia and reaffirmed that the Somali Government will not allow anyone to destabilize Ethiopia since the two countries’ destiny is intertwined.

The two Ministers underscored the need for working together in the horn of Africa integration project. They also exchanged views on the upcoming joint commission between the two countries that is expected to be held coming October.