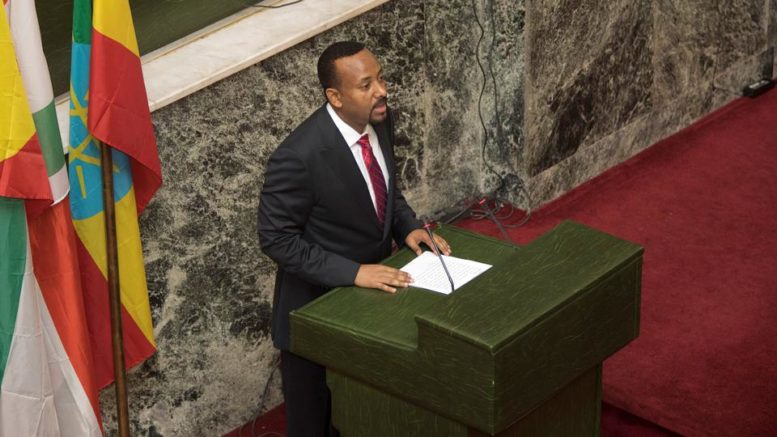 President Reuven Rivlin’s three-day official visit to Ethiopia, which is also the first-ever state visit by an Israeli President, is aimed at strengthening the two countries relationship.

After the discussion, Middle East Affairs Director-General at the Ministry of Foreign Affairs, Ambassador Suleiman Dedefo said both leaders discussed on how to heighten the existing relationship.

“So now the leaders discussed on how to boost this relationship and transform it into development from which people of both countries can benefit out of it,” he said.

Transformation of agriculture through technology, especially in the areas of irrigation, and preserve water during seasons of scarce water as well as environment and others, were among center of the discussion.

Israeli President Rivlin told Premier Abiy that his country is ready to cooperate with Ethiopia in economic, social and political spheres.

The President also noted his country’s commitment towards boosting the existing relationship.

Stating that Ethiopia and Israeli trade volume is about 100 million USD, Ambassador Suleiman pointed out that both leaders have agreed to bolster trade, attract more investors.

Ethiopia and Israel have a long-standing historic relationship that goes back to the time of Queen Sheba and King Solomon and re-established their diplomatic relations in 1992.

The President is accompanied by delegation consisting high level government officials and business community on the top of the popular Israeli singer Ester Rada, who’s an Ethiopian by origin.