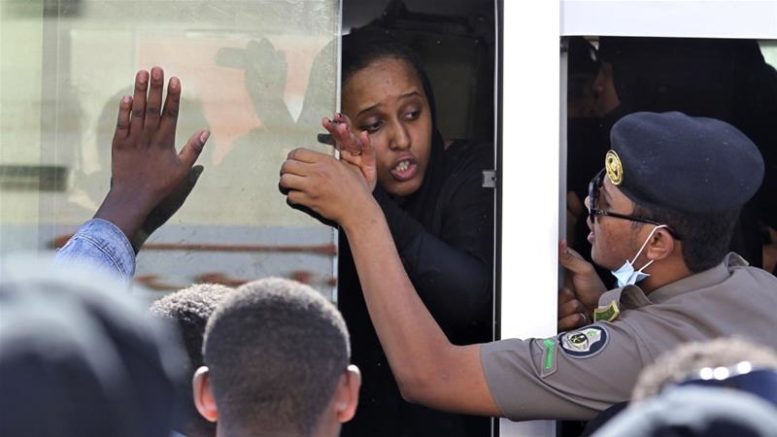 2
SHARES
ShareTweet
Saudi Arabia has agreed to release 1,000 Ethiopian nationals who have been in prison in the Gulf state for a variety of offences, Ethiopian state-affiliated media said.
The decision was made after a request by Ethiopian Prime Minister Abiy Ahmed, who was in Riyadh on an official two-day visit that ended on Saturday, Fana Broadcasting Corporation reported on Saturday.
Among the detainees were 100 women, the agency said, without disclosing what charges they were held on. The prisoners will be released on Sunday, the news agency added.
Hundreds of thousands of Ethiopian nationals live in the Gulf region, mostly in Saudi Arabia.
Riyadh has not commented on the report.
Officials in Riyadh are in the process of deporting more than 500,000 Ethiopian migrants, who arrived in Saudi Arabia illegally. So far, 160,000 have returned to the Horn of Africa country.
More than 14,000 Ethiopians were deported forcefully from Saudi Arabia in 2017, according to the Ethiopian government. At least 70,000 others returned to the East African country voluntarily.
SOURCE: AL JAZEERA AND NEWS AGENCIES