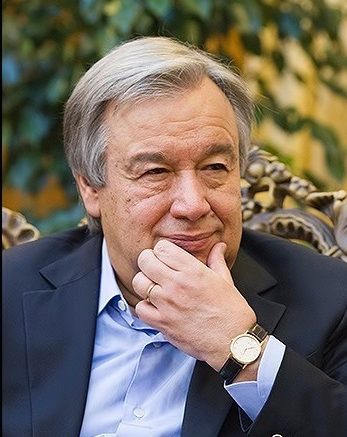 BREAKING: U.N. Secretary General to appoint to a Special Envoy to Somalia to Head UNSOM Mission. Antonio Guterres says he “deeply regrets” decision of the Somali federal Govt to issue “persona non grata” against Nicholas Haysom which he says does not “apply” to U.N. personnel.

Statement attributable to the Spokesman for the Secretary-General on Somalia

The Secretary-General deeply regrets the decision of the Government of the Federal Republic of Somalia to declare the Special Representative of the Secretary-General for Somalia and Head of the United Nations Assistance Mission in Somalia (UNSOM), Nicholas Haysom, persona non grata.

The Secretary-General has full confidence in Mr. Haysom, an experienced and respected international civil servant who has distinguished himself in numerous senior leadership roles, in the field and at UN Headquarters.

The doctrine of persona non grata does not apply to, or in respect of, United Nations personnel.  As described in the 1961 Vienna Convention on Diplomatic Relations, the doctrine applies to diplomatic agents who are accredited by one State to another in the context of their bilateral relations.  The United Nations is not a State and its personnel are not accredited to the States where they are deployed, but work under the sole responsibility of the Secretary-General.

At the same time the Secretary-General is totally committed to ensuring that the needs of the Somali people are at the forefront of the work of the United Nations in Somalia. UNSOM needs to be able to carry out in the most effective manner its mandate to support the country.  Therefore, he intends to appoint in due course a new Special Representative for Somalia and Head of UNSOM.

The Secretary-General remains strongly committed to assisting Somalia in its efforts to achieve peace, stability and prosperity for all