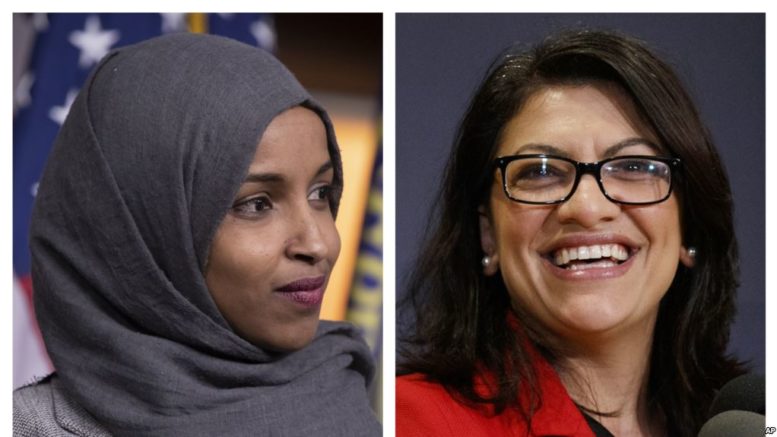 Saudi Arabia may learn to regret the political attacks launched from the kingdom on two American Muslim women who won seats for the Democrats in Congress in the U.S. midterm elections. One of them, Rep. Ilhan Omar of Minnesota, has secured a seat on a House panel that has the power to disrupt U.S. arms sales to Saudi Arabia.

Omar, a Somali-American who won a seat on the House Foreign Affairs Committee last week, and her fellow congresswoman Rashida Tlaib of Michigan, have attracted disapproving Saudi attention with the oil-rich kingdom’s government-controlled media outlets, as well as academics and commentators known to reflect the views of the ruling royal family, dubbing them secret Islamists who are in league with the Muslim Brotherhood.

On securing a seat on the House Foreign Affairs Committee, Omar said she is determined to “rein in arms sales to human rights abusers like Saudi Arabia.”

The attacks on the two lawmakers, who dub themselves democratic socialists, have not diminished since their mid-term wins when they became the first Muslim women elected to the U.S. Congress. Both are among several politically progressive congressional newcomers who have pledged to shake up the U.S. Congress and their own Democratic Party.

A Saudi diplomat kicked off the rhetoric against the lawmakers with a tweet on election night targeting Omar, saying “she will be hostile to the Gulf” and accusing her of being an adherent of the kind of political Islam represented by the Muslim Brotherhood.

Al Arabiya, a news network set up by relatives of the Saudi royal family, ran an op-ed last month saying the two newly elected congresswomen are part of an anti-Saudi infiltration of American politics, linked to the Muslim Brotherhood, which aims to undermine U.S. President Donald Trump’s strategic partnership with Saudi Arabia. The criticism has been echoed in the United Arab Emirates, Saudi’s Gulf neighbor and ally. The Muslim Brotherhood, a political movement, is banned in both Gulf countries.

“The Democrats’ battle against Republican control of the U.S. Congress led to an alliance with political Islamist movements in order to restore their control on government, pushing Muslim candidates and women activists of immigrant minorities onto the electoral scene,” the writer of the Al Arabiya article claimed.

Supporters of the two congresswomen describe the Saudi media campaign against the pair as a vilification, saying there’s an irony in the rhetorical attacks as both lawmakers share socially progressive views, including strong advocacy of LGBTQ and women’s rights, which are diametrically at odds with political Islam. The Saudi targeting of the two is in response, they say, to the women’s advocacy of human rights and their criticism of the Saudi royals, and especially of the kingdom’s de facto ruler, Crown Prince Mohammed bin Salman.

Both women have criticized Trump over his handling of Saudi Arabia in response to the October killing of journalist Jamal Khashoggi. Omar tweeted after his killing, “The Saudi government might have been strategic at covering up the daily atrocities carried out against minorities, women, activists and even the #YemenGenocide, but the murder of #JamalKhashoggi should be the last evil act they are allowed to commit.”

Trump has refrained from severely punishing Saudi Arabia for the killing of Khashoggi in its consulate in Istanbul. The Trump administration has imposed sanctions on 17 Saudis accused of organizing the murder, but says the strategic relationship with Riyadh is too important to do more.

The lawmakers’ ire is not only focused on Saudi Arabia, though. Both women – ironically, considering the Saudi criticism – are firm opponents of Israeli policy and are supporters of a boycott, divestment and sanctions movement against Israel.

In an interview Thursday with The Intercept, a left-leaning online investigative news site, Rashida Tlaib, the first Palestinian-American woman elected to Congress, says she won’t support U.S. military aid to Israel or “any country that is not for equality or justice.”

On Palestine, she said, “I have to tell you my grandmother lives there. By me supporting any aid to a country that denies her human dignity, denies her equality, the fact that she has to go and, you know, through checkpoints to get to the hospital for health care, the fact that she is felt as if she’s less than in her own country, that is something I will not be supporting.”

Tlaib said military aid should be used as leverage to persuade countries to observe civil rights.