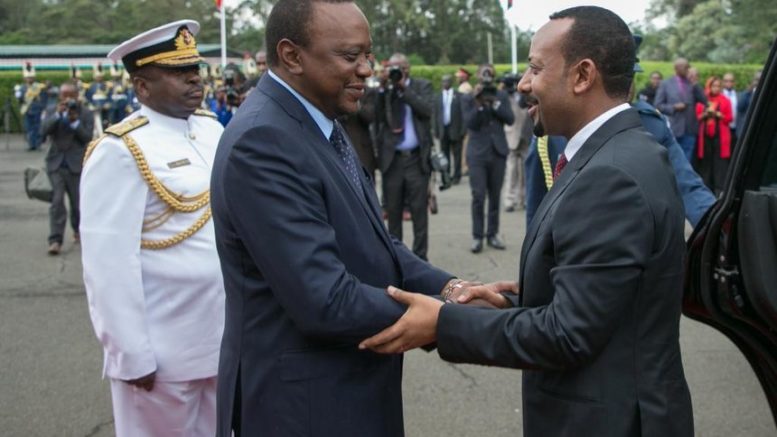 The Visit of the President of the Republic of Kenya, H.E. Uhuru Kenyatta to Ethiopia tomorrow (March 1) underlines the continued commitment of the two countries to further bolster their time-tested relations.

H.E. Uhuru Kenyatta is the son of the Pan-Africanist and former Kenyan President H.E. Jomo Kenyatta, who together with HH. Emperor Haile Selassie I and other African leaders, made monumental efforts in the establishment of the Organization of African Unity (OAU).

President Kenyatta will also attend an Ethio-Kenya Trade and Investment Forum, due to be held tomorrow at the new Skylight Hotel. A Kenyan business delegation, comprising over 100 representatives of various business entities will also attend the forum. The forum will help enhance the bilateral trade and investment ties between the two countries.

Ethiopia and #Kenya, whose diplomatic ties began in the 1950’s, have since then enjoyed practical and time-tested relationship.