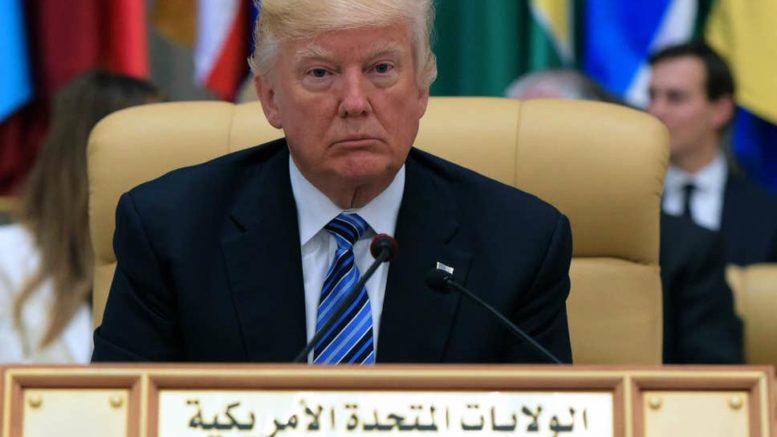 Most of the designated terrorist groups in the US are right-wing extremists, not Muslim, according to a new report.

A joint project by the Investigative Fund at the Nation Institute, a nonprofit media centre, and news outlet Reveal from the Center for Investigative Reporting took a look at the 201 designated terrorism incidents within the US from 2008 to 2016.

The results: “right-wing extremists were behind nearly twice as many incidents” as terror acts associated with those identified as “Islamist domestic terrorism”.

The report identified 63 incidents involving those “motivated by a theocratic political ideology espoused by such groups as the Islamic State”. In that time period, this includes the San Bernardino shootings and Boston Marathon bombings, among others.

Right-wing extremists, often white supremacists, were responsible for 115 incidents within the same period. Events like Robert Dear’s killing of three people at a Colorado Planned Parenthood women’s health clinic in December 2015 for offering abortion services would fall into this category.

Sting operations were used in nearly half of the Islamist-related incidents, a rate four times higher than police operations on right and left-wing extremist acts.

More people died in the Islamist incidents, a total of 90 due to mass shootings like the one in Fort Hood, Texas in 2009.

However, around 33 per cent of right-wing extremist incidents involved deaths versus 13 per cent of Islamist terror acts. They also caused 79 deaths.

Regarding violent extremism on the left of the political spectrum, between 2008 and 2016 there were 19 incidents and seven deaths. The recent shooting on Republican Congressman playing baseball in Alexandria, Virginia falls under this category.

The evidence appears to belie Donald Trump’s rhetoric, however.

The report said that Mr Trump’s “fixation” on “radical Islamic terrorism” is “irrational”.

The “shutdown of Muslims” was a key platform issue throughout his presidential campaign and some of his closest advisers like Steve Bannonand former National Security Adviser Mike Flynn, are said to think “fear of Muslims is rational,” as Mr Flynn once said.

Once in the White House, he signed two versions of a travel ban barring people from a list of six Muslim-majority countries from entering the US.

After thousands of people protested the order at airports across the country, American courts have, for now, issued holds on the order.

The President has also openly chastised world bodies like the United Nations and allies in the North Atlantic Treaty Organisation (Nato) military alliance for not doing enough to fight terrorism of this variety.

On a visit to Saudi Arabia, Mr Trump inaugurated a new centre to combat financing terrorism in Middle Eastern countries.

Some experts have noted that the visit also prompted Saudi Arabia – where 15 of the 19 terrorists responsible for the September 11th attacks hailed from – to cut diplomatic and trade ties with Qatar.

Saudi Arabia cited the small Gulf kingdom’s financing of terror groups, its support of the Muslim Brotherhood, and housing of Turkish troops as just a few of the reasons.

Mr Trump’s sole emphasis on Muslim-related terrorism has implications in the US, too.

The report found that only one per cent of “perpetrators or alleged perpetrators” were from the countries listed in the travel ban. An overwhelming 87 per cent of them were US-born.

Shirin Sinnar, a law professor at Stanford University and the effect of counter-terror policies on immigrant and minority populations, told The Independent that “the administration’s anti-Muslim and anti-immigrant rhetoric and policies can fuel white supremacist violence directed at Muslims, immigrants, or people of colour by legitimising such hate.”

By ignoring the non-Muslim domestic threats law enforcement agencies may “fail to devote investigative resources towards combating them,” she said.

This could allow groups like those who are categorised as white supremacists, for instance, to grow and plot more incidents such as the Portland, Oregon and Kansas murders as well as attacks on mosques and Sikh temples.

The report also found a significant difference in the way right-wing terrorists and Islamist terrorists were treated in the US court system.

“Muslims, it seems, are taken quite seriously as potential perpetrators, but far less so as victims,” the report said.

Perpetrators of attacks on the general public were sentenced to an average of 14.5 years in prison, with seven death sentences.

Those found to be guilty of attacking a mosque or targeting Muslims was sentenced to under nine years, never receiving life in prison or death sentences.

Ms Sinnar said that after the tragic 2015 mass shooting at the Emanuel African Methodist Episcopal Church in Charleston, South Carolina there was some sign of hope in at the Department of Justice.

The incident, in which nine people were killed by self-identified white supremacist Dylann Roof, appeared to prompt what she said was a “belated recognition…that ‘domestic terrorism’ by white supremacists, anti-government activists, and other non-Muslim groups was a significant and overlooked threat.”

John Carlin, the Assistant Attorney General at the time, established a new position in the agency solely dedicated to addressing ‘homegrown’ terrorism as well.

“Just like with international terrorism…you see people being radicalised, where they go from someone with a series of beliefs to someone who’s willing to kill in the name of those beliefs,” said Mr Carlin.

Ms Sinnar said though, “it would be naive” to think the DOJ position or studies showing a more diverse, homegrown threat will change the approach of the Trump administration or the priorities for law enforcement agencies.

“Its approach to security has less to do with facts than with racialised fears.”