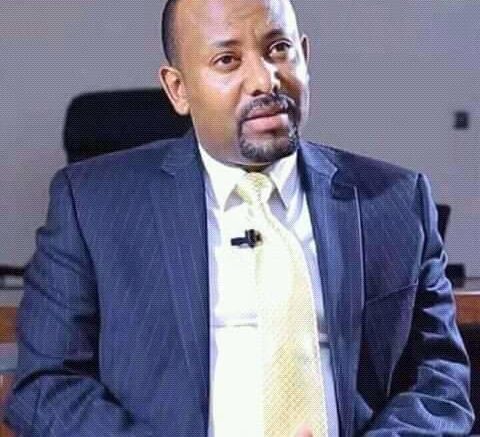 Grievances of the Tigray

The Prime Minister Dr Abiy has to immediately put an end to the trilateral agreement between himself , Eritrea and the followers of the Menelik Ideology which stipulates the decimation of the Tigray people economically , politically and their existence.

Mr Prime Minister you made a peace deal with Eritrea without discussing with people of Ethiopia first , the people of Ethiopia learnt of this peace deal first through a meeting between Eritrea and it’s own people , secondly through the media and next the Federal defence force who were stationed at the border were ordered to evacuate .

Mr Prime Minister Dr Abiy the Followers of the Menelik Ideology are bent on how to annex Tigray Land by force or by wits they even boast that The Administrative Boundaries and Identity Issues Commission was made to favour them.

This trilateral agreement hurt the Tigray people where ever they were , All the Tigray people who lived in other regions for centuries were robbed of their belongings Houses, Land , money, vehicles and all their businesses. The Tigray people were systematically exiled from all regional states except the Afar region, there are now more than fifty thousand displaced Tigray refugees living in Tigray region who mostly lost their limbs or other body parts due to the injustice they endured.

This agreement was designed to wound the Tigray people’s pride bullying them and showing them hostility by decimating them, in the spirit of implementing the trilateral agreement Prime Minister Dr Abiy pardoned the most dangerous prisoners who were guilty of major crimes including Asaminew Tsige .

The Prime Minister pardoned and welcomed back even more dangerous exiles and expatriates while imprisoning those who developed Ethiopia into the economic powerhouse it is , he imprisoned about 8720 officials who were instrumental in shaping the Federal Ethiopia of today.

Lets take for instance the loss they suffered which no one can deny.

1, The agreement brought about the deaths of General Seara Mekonnen, General Gezae and General Abraha Woldemariam whose death was under mysterious circumstances and the many other people who died in prison.

2, Four other Generals in prison are gravely ill and do not receive any medical assistance. They are man handled and humiliated in prison every day in order to demoralise them so that they could die of hopelessness , certainly many will die in prison.

3, Even anyone who was associated with the Tigray is imprisoned.

All in all we will detail the preconditions the Tigray have if the Prime Minister agrees to, The Tigray will participate and work with the Federal Government fully and honestly and also will work towards a healthy relationship between the Tigray and Oromo.

1, Immediate stop to the trilateral agreement that was designed to hurt the Tigray and free all Prisoners that were locked up out of vengeance simply because they were Tigray.

2, The Federal Government should resettle all displaced Tigray people back to their homes and their assets should be returned to them.

3, The Prime Minister should apologise for the defamation, false accusations and discriminations he made towards the Tigray.

The Tigray people want to proclaim to the Prime Minister and the people of Ethiopia that they have no intention of crippling the Federal Government or don’t have their sights on the Premiership.
They will surely defend the administration especially the Government of Prime Minister Dr Abiy Ahmed and will work with him truthfully without any reservations.

They want to assure everyone that the TPLF is of The Tigray people and not the other way around that means the People are in control.

1, The Tigray people believe in and fully committed to the Federal system of Ethiopia , implementation of the Community Rights and Individual rights as well.

2, They believe in the preservation of every Regions or communities constitution and laws .

3, They believe in a democratic system based on safeguarding every community’s rights in order to build an Ethiopia were everyone is equal as it is stated in the constitution.

The Prime Minister should meet with the Tigray people mentioned here

1, The Elders.
2, The Youth.
3, The Women.
4, The Religious Council of Tigray.
5, The intellectuals
6, The Businesspeople.
7, The Tigray administration as well as the TPLF.