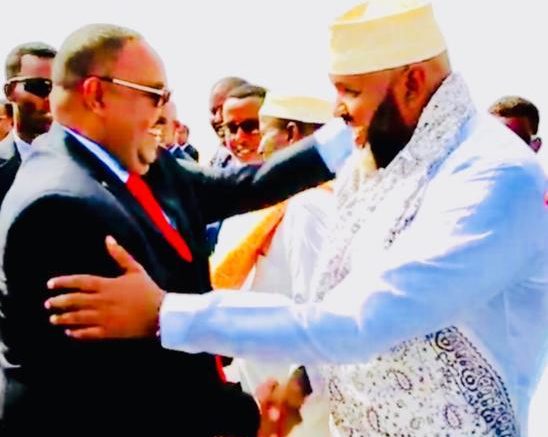 President Said Abdullahi Deni of Puntland was an outsider of Puntland politics. He is not well versed in the history of Puntland governance and its struggle during the Regime of Siyaad Barre. He is not deeply rooted in its vision for New Somalia.

In ideology, he is hailing from religious groupping of Al-Islah orientation, whose members are International Muslim Brotherhood, the Salafists.

By tradition, Somali religious sects aren’t well-known for paying much attention to modern statecraft beyond opposing secularism, while lacking any inclusive world outlook and experience in modern world interconnectivity.

That is because politics and political power are off-limits to religious leaders in the Gulf States, Saudi Arabia, in particular.

However, they are trained in getting involved in politics through religious Dawa in other countries outside the sources of Wahabi and other religious sects persuasions.

Issues of secular government and any forms of governance, including federalism and division of power between states and regions etc is not included in their religious narratives or vision for national objectives.For them, it is a foreign concept and non-Islamic imitations or pretendence.

vBeing an outsider and involved lately in Federal politics, Mr.Deni happened to find himself as the State President of Puntland State. What made his situation even worse is the fact that he had inherited a mess left by his predecessor, Gaas, in Puntland, and therefore, had to climb up a stiff learning curve. Political dynamics are highly fluid in Somalia, waiting for no one to catch up. It is a quick-paced environment, expecting not only equally quick interventions, but also vision and planning as well.Now, Puntland State, created out of a long struggle against One City-state domination, dictatorship repression and clan cleansing in a vicious civil war that many people may be right in arguing that it was genocide, has serious concerns about how things were developing politically lately in Somalia. People of Puntland are deeply troubled by the state of union of Somali affairs at moment, what has been happening to Somali National Accords of Federal Constitution, Federalism, Power -sharing, Resources- sharing, all the solemn declarations that Somalis had agreed to to end the civil war and revive the failed state of Somalia. There is a political dilemma and anxiety setting in the State.

Puntlanders are seriously worried now for their own future and the gains of their long historical struggle against tyranny and backwardness.Let us not only hope that the New Administration of Puntland is upto the job, but that we should also monitor performance and keep watchful eyes on the rapid political developments in Somalia.