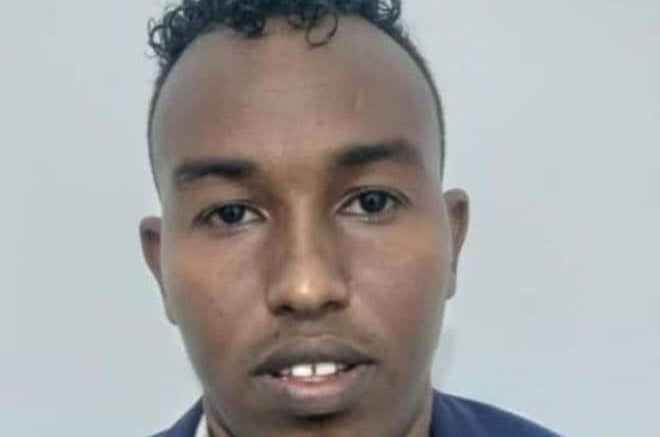 Police are looking for a Somali national who flew to the country on September 24 after he had been released from a Mogadishu jail in unclear circumstances.

Mr. Abdiwaahid Khalif Abdi alias Ise Tarabuun was in 2017 arrested over terror claims in Mogadishu. He was then reported to be in charge of Al-Shabaab operations in Mogadishu prior to his arrest.

He was however released in unclear circumstances. According to police reports, he left Mogadishu via Salaam Airline heading towards Nairobi.

“He was briefly interrogated at Mogadishu airport while waiting for his flight before he was allowed to travel. He comes from Habargidir clan,” police said.

Any person who has seen him or has information about him should also do the same immediately or contact us by calling our toll free lines 999,911,112,” said Owino.It is not clear where the wanted man is amid claims he could be on a bad mission.

It is also not clear why the Somalia government did not alert Kenya on the travel plans of the suspect.This comes in the wake heightened police operations in the country over fears of terror plans.

Police say they have been receiving intelligence of a planned attack in the country. Some terror cells are engaged in narcotic drugs, which they are using to raise funds for their plans.

Two weeks ago, police mounted roadblocks on the Garissa-Nairobi highway following reports there were terrorists who were traveling from Somalia using the route. No arrest was made then. But since then, there have been operations on major entities where the suspects are believed to be hiding.Meanwhile, authorities keep warning Kenyans to be on alert at crowded places and especially malls.