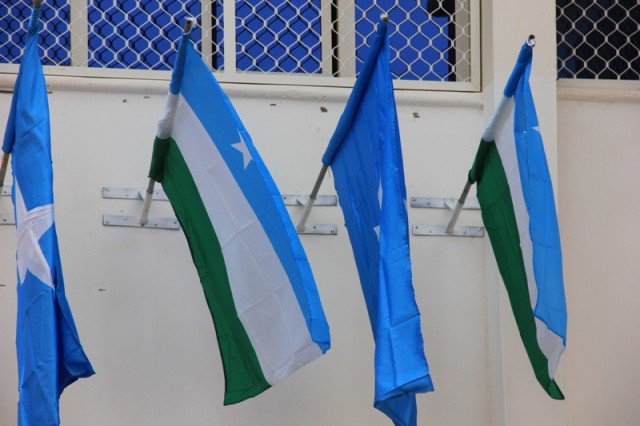 Federal, Unitary, or Confederation for Somalia. Which one? Part III

Part I of this article, I have attempted to give brief definitions of each of these three systems. In part II, I discussed the reasons that confederation and unitary systems are not suitable for the Somali state of today. lastly, this part III, I will discuss why federal system is not only the most suitable for the Somali State, but the only system that can preserve its integrity.

Why Federal System for Somalia?

From the beginning, one might ask why federal system for a nation like Somalia that is so homogenous in culture, language, and religion? Because, mostly, federalism is associated with societies with multiple cultures, languages, and or religions.  So, again, as Somalis, we do not have those differences. So then, why federalism?

After the downfall of the military regime in 1991, we had a choice to pick up the pieces of our broken nation and rebuild it under a democratic system. But many of us had chosen the path of death and destruction. We chose the path of a bloody civil war that is still going on for almost thirty years. We may not have those divisions mentioned above, but we have something similar or worse that is responsible for the deaths of hundreds of thousands of innocent Somalis during the civil war. If we are lucky enough to be devoid of such divisions in societies, why our people are the most occupants of the world’s four largest refugee camps in the world, which are all in Kenya? These are Kakuma, Hagadera, Dagahaley, and Ifo. The last three are part of the Dadaab refugee camp complex. What about the tens of thousands who have fled from their homes because of the civil war and are still displaced internally in other parts of the country? So, it is obvious that we have our divisions that are responsible for the mayhem that engulfed our country. There is a Somali proverb that says “geed walba in gubtaa hoostiisay taalaa.”  Which when translated into English may mean like this, “beneath each tree there are enough dry leaves, twigs, and other vegetations that can start fire and burn it to the ground.” Did we not, literally and figuratively, burn our country to the ground because of the demons that divide us?

Out of this bleak picture of the situation in the country, two paths became possible. One was the one that our brothers in the North have taken which was to declare secession from the rest of the country in 1992.

The other path was the one that the people and the leaders of Puntland have chosen which was to remain as part of the country but under a different system of power sharing.

When Puntland State of Somalia was created in 1998, it declared itself as an autonomous state that is still part of Somalia. The successive leaders of the state have built it, literally, from scratch. The previous Somali governments, both civilian and military, have done little to develop the regions that form Puntland. Since then, it has become a safe haven for tens of thousands of both Puntlanders who survived during civil war but lost all of their belongings in Mogadishu and in the South, as well as other Somalis who have been uprooted from their regions of origin.

The people of Puntland and their leaders have realized that what they have done together for their regions in few years of self-rule was ten times more and better than what the thirty years of centralized civilian and military rules combined have done for their regions.

It is also important to mention that even though our brothers in the North have declared secession in 1992, they have not yet received any recognition as such. But what they have accomplished in self-rule and self-reliance is even better than what Puntland has done for its regions.

These evidences of what self-rule and self-reliance has done for these two regions were what gave the Puntland leaders and other like-minded leaders of other regions the impetus to push for federal system for Somalia. Federalism is a combination of two things: self-rule and shared-rule. Because, it is only through a federal system that the regions can maintain self-rule, which is indispensable for their development, but at the same time be part of shared-rule through a central government. In federal system, the rights of the regions or states for self-rule are protected under the constitution, and the center cannot modify or abrogate these laws on its own.

Another reason for choosing the federal system was that it is the only system of governance that has better chance of holding the country together after twenty-one years of authoritarian military regime followed by a bloody and protracted civil war. Keep in mind that Somaliland has declared its independence from the rest of the country in 1992. And I do not believe that if it ever agrees to come back to the union, it will agree to a powerful centralized system, like the unitary system. The federal system is a better option because, short of independence, it allows them to be doing most of what they are doing now for their region.

It is also my humble opinion that if the other member states like Hirshabelle, Jubaland, and Southwest are allowed for self-rule long enough, they could develop their regions even better than the two states in the north.  Because these three regions, in addition to the abundant livestock and access to the sea that share with both Puntland and Somaliland, they have fertile land because of the two rivers, Juba and Shabelle, that pass through their regions.  And as such, they could easily become the breadbasket states of the whole country.

Finally, it is very sad to say that the current government in power of president Farmajo and the one before him of president Hassan Sheikh have been a major obstacle to the implementation of the federal system in Somalia. And if this trend continues, I fear that not only Somaliland will not come back to the union, but others that are part of federal system today would opt to go on their own.