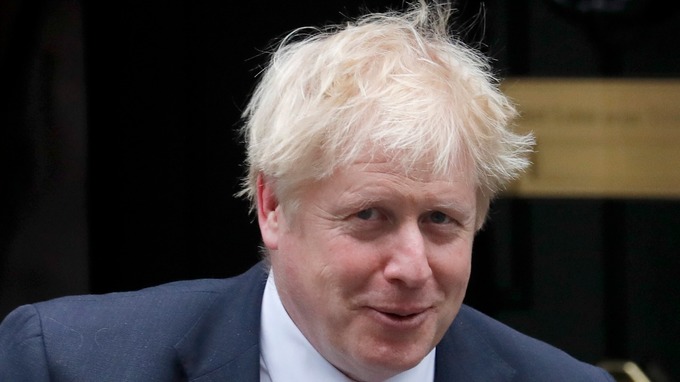 Boris Johnson has urged MPs to back a general election for December 12, in an attempt to break the Brexit deadlock.

The prime minister said MPs will get more time to look over his proposed Brexit deal with the EU – if they support a general election.

The government will table a motion in the House of Commons on Monday, which will need the support of two-thirds of all MPs to pass.

Mr Johnson hoped to push through his Brexit deal by October 31, but MPs voted against his three-day timetable which could have seen legislation passed before the Halloween deadline.

Mr Johnson said: “We’ve got a great deal on Brexit, and for the first time in three-and-a-half years, parliament voted to endorse a way out of the EU.”

He added: “Unfortunately, they voted to delay the final approval of that deal which they’ve endorsed… if this parliament is anything to go by, that delay could go on for a very long time.”

“The way to get this done, the way to get Brexit done is to be reasonable with parliament and say if you genuinely want more time to examine this excellent Brexit deal, you can have it, but they have to agree to a general election on December 12.

“This parliament has been going on for a long time without a majority, its refusing to deliver Brexit, its impossible to deliver legislation.

“It’s time frankly that the opposition summoned up the nerve to submit themselves to our collective boss, which is the people of the UK.”

The prime minister added MPs would have between now and the dissolution of parliament to examine his proposed Brexit deal, which he claims is “a big chunk of time”.

Under the Fixed Term Parliament act, MPs must have at least five weeks from when a general election, and parliament must be dissolved for 25 working days before polling day.

In a letter to Labour leader Jeremy Corbyn, Mr Johnson said MPs will get until midnight November 6 to look over his proposed Brexit deal.

“If you genuinely want more time, you can have it. The condition for that is a general election on December 12.

“The reason for having that deadline is because I don’t think the people of this country believe that parliament is really going to do it by that deadline. They’ve spent three-and-a-half years failing to do it, so let’s get it done, let’s leave the EU.”

No guarantees on an early poll

Despite Mr Johnson’s wishes for a December general election, there’s no guarantees he’ll get it.

Under the Fixed-Term Parliaments Act, he needs a “super majority” of two-thirds of all MPs to call an election, which would require cross-party support. This means 434 MPs out of 650 need to back the proposal.

The SNP and Liberal Democrats have repeatedly said they want a general election, while Jeremy Corbyn has said Labour is ready to go to the country once it is sure Mr Johnson cannot “crash out” on a no-deal Brexit in the middle of a campaign.

In September, Mr Johnson failed twice to call a general election after MPs voted the suggestion down.

Mr Johnson penned a lengthy letter to the Labour leader, which was posted on his social media, in a bid to convince Mr Corbyn to support an early poll.

In the letter, Mr Johnson explains if Brexit extension until January 31 is offered, he will call a general election.

He writes parliament would get until just after midnight on November 6 to scrutinise his Brexit deal.

Mr Johnson said in the letter: “If you commit to voting for an election next week (in the event of the EU offering a delay until January 31 and the government accepting, as it is legally forced to do by parliament), then we will make available all possible time between now and November 5 for the WAB to be discussed and voted through, including Fridays, weekends, the earliest starts and the latest finishes.

“This means that we could get Brexit done before the election on December 12, if MPs choose to do so.”

The letter concludes: “You have repeatedly said that once the EU accept Parliament’s request for a delay until January 31, then you would immediately support and election.

“I assume this remains your position and therefore you will support an election next week so the voters can replace this broken parliament.”

There have been signs of division among ministers and senior Number 10 advisers as to whether to go-ahead for a general election in December.

Dominic Cummings, Mr Johnson’s chief adviser, is reportedly leading calls to abandon attempts to get the Prime Minister’s Brexit deal through Parliament and go for an election.

But Northern Ireland Secretary Julian Smith is said to be among ministers arguing it is still possible to pass a bill ratifying the agreement, despite Tuesday’s defeat for Mr Johnson’s attempt to fast-track it through the Commons.

There are fears among some Conservatives that if there is an election before the UK has left the EU, it will play into the hands of Nigel Farage’s Brexit Party.