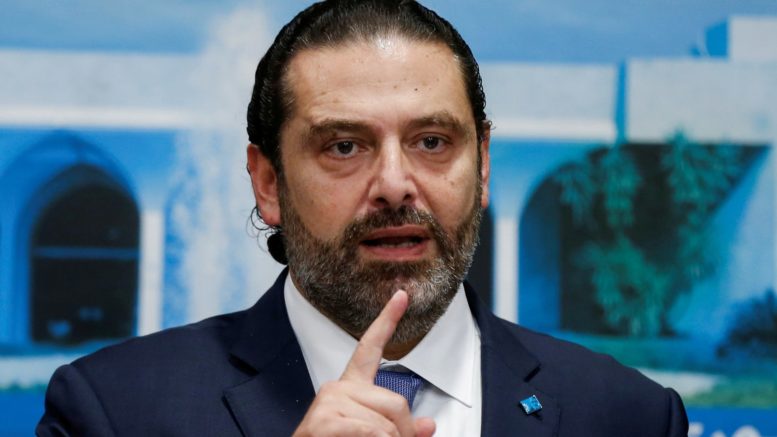 He was expected to give speech from his official residence in Beirut at 4 pm (1400 GMT) on Tuesday, the official Twitter account of the prime minister’s office said.

“No one is bigger than his country,” he said in announcing his intention to quit his post.

Earlier two official sources told Reuters that Hariri was heading towards resigning, amid two weeks of unprecedented anti-government protests that have paralysed the country.