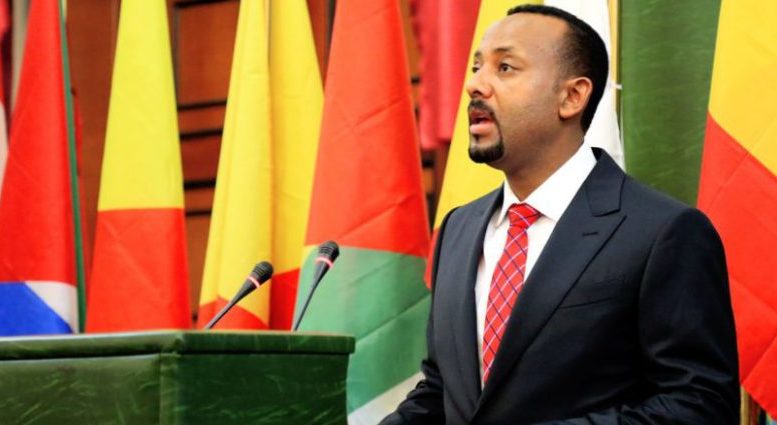 Since rising to power in April 2018, Ethiopian Prime Minister Abiy Ahmed has already overseen several impressive victories — the opening of Ethiopia’s media and political environments being hailed as one of his biggest. His efforts to “achieve peace and international cooperation,” including opening Ethiopia’s relations with long-time enemy Eritrea, even earned him the Nobel Peace Prize in recent weeks. But unfortunately for Ethiopia’s new leader, no amount of accolades will protect him from the bitter campaign his regional rivals are gearing up for ahead of elections slated for May 2020.

The Big Picture”
Prime Minister Abiy Ahmed’s ongoing efforts to open Ethiopia to the world have captured the imaginations of foreign governments and investors alike. But recent increases in ethnic violence have ratcheted up fears that the country is being torn apart at the seams. Whether Addis Ababa can hold the country together before elections in May 2020 will serve as a litmus test for its ambitious economic and political liberalization push.

The Violent Price of ProgressOn a continent where authoritarian leaders still abound, Abiy has given rise to hopes that Ethiopia might soon become Africa’s next big success story. As part of this push, the prime minister confirmed in October that the country will, as promised, hold free and fair elections in May 2020. But there are concerns that Ethiopia’s budding democracy may be crumbling beneath the weight of escalating political violence.

Interethnic violence in Ethiopia soared to sky-high levels under Abiy’s predecessor, forcing millions of citizens to flee their homes. But recent efforts to improve the situation have lagged amid the increasingly virulent rhetoric of the country’s ethnic and religious hard-liners. At the heart of this dispute is a brewing battle over what political system Ethiopia should have: one based on greater centralization, or one based on more decentralized ethnic federalism. When it comes to the former, years of authoritarian leadership have bred deep mistrust of centralized rule, particularly among the country’s youth and several prominent ethnic groups.

As a result of local frustrations, key parties in the country’s longtime ruling coalition, the Ethiopian People’s Revolutionary Democratic Front (EPRDF), are now wildly unpopular in their local constituencies. Abiy’s Oromo Democratic Party (ODP) and the Amhara Democratic Party, in particular, are both viewed by their respective regional populations in Oromo and Amhara as subservient to a largely unresponsive and corrupt political machine in Addis Ababa. Indeed, if elections were held today, these EPRDF parties would likely lose to regional opposition groups, thus threatening the prime minister and his allies’ control over the country.

To avoid such a catastrophe, Abiy is now scrambling to unify the EPRDF’s coalition parties — which also include the Tigray People’s Liberation Front (TPLF) of the Tigray region and the Southern Ethiopian People’s Democratic Movement of the Southern region — into a single party called the Ethiopian Prosperity Party (EPP). The strategy behind this bold move is threefold: