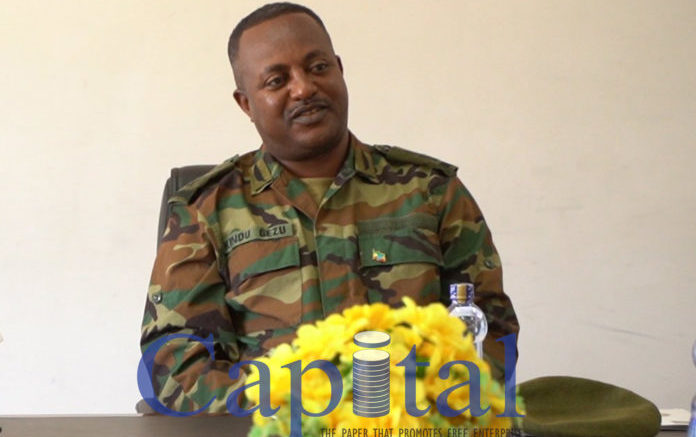 A reliable source said that Brigadier General Kindu would become the first head of the new navy.

Sources said that he will lead the new army division from the base at West Command also known as ‘Mekod’ at Bahr Dar, the lakeside regional capital of Amhara Region.

Before coming to lead the re-formation of the navy Brigadier General Kindu led Hayelom Araya Military Academy and Staff College.

In the reborn of the Ethiopian navy, which is projected to become a strong force in the region, France is providing support including trainings for personnel.

Sources also stated that 1,000 army officers selected from different divisions of the army have been sent to Russia for naval training.

Rear Admiral Yehualashet Girma was the last commander of the navy before the downfall of the Derg Regime back in 1991. He served in the post from 1989 to 1991 after Rear Admiral Tesfaye Berhanu was imprisoned for his involvement in the 1989 coup.

Capital reported last week that Ethiopia has already decided to establish the navy in Djibouti, while in the future it might have more bases in the region.
Currently the formation process of the navy is underway in Addis Ababa.

The leaders of the two countries Djibouti and Ethiopia have talked about establishing the base in Djibouti which hosts about six foreign forces including the USA, China, Japan, Italy and France.

Recent reports also wrote that Ethiopia is also seeking to purchase weapons worth more than 4 billion Euros from France on a long term credit basis.