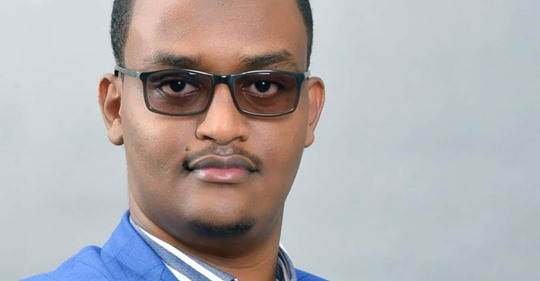 In the first three years of his rule, President Farmaajo has gone from “The Savior of Somalia” to a ruthless tyrant with no regard for the separation of powers and the democratic process, enshrined in the constitution he took the oath to protect. With the help of his narcissistic prime minister, they run the country like a cartel.

In their first attempt to consolidate power they assembled a team of inner-circle friends, relatives connected by blood or marriage and partners of their interest group. No wonder this administration includes known terrorists and criminals appointed to some of the most important and critical positions.

The cartel turned NISA into a force that regularly oppresses the public and opposition groups and aggressively undermines the media, free speech and freedom of movement. In their first year in office, they orchestrated an assassination attempt against prominent opposition politicians, arrested journalists without a trial and tortured them. All sorts of peaceful political gatherings held by their political rivals were prohibited, All of these occurred by using NISA, an institution that was designed to be the eyes of the Somali people to guarantee their safety.

President Farmaajo and his team are actively undermining the country’s federal system. Over the three years that they have been in office, they have unconstitutionally removed three presidents from the federal member states and replaced them with loyalists, of course, without the participation of the inhabitants of these regional states.

In the Galmudug case, Villa Somalia and its cartel divided Galmudug’s leaders, using intimidation and blackmail through economic sanctions and isolation and some financial incentives for those who choose to take their side. This added to the division of already strained relations between the different sides of the state. A long and frustrating process of intervention leading to ASWJ on one side and Haaf on the other.

The Villa Somalia then established a sham electoral commission consisting of personal secretaries and advisors of the offices of the president and the prime minister to manage the establishment of the regional administration, including the establishment of rules and guidelines for parliamentary and presidential elections.

The commission did not waste any time, proceeded on a shopping spree, selected security personnel, drivers, and even known members of Al-Shabaab as parliamentarians, going against the will, expectations and aspirations of the people of Galmudug. Completely disregarding the legitimately chosen Parliamentarians by the elders and the elders themselves, and therefore creating discontent and discord in the process, which will inevitably lead to two or more state administrations. What else did anyone with a clue of the Somali politics expect?

You don’t need to be a rocket scientist to understand that Villa Somalia is destabilizing Galmudug working day and night to install their preferred candidate on the people and government of Galmudug, just as they did in the southwest state, where they kidnapped a presidential candidate in broad daylight using a foreign army and massacred innocent people who came out to peacefully protest against this violation. They finally installed a puppet as a president, after conducting a bloody and phony presidential election.

The wicked leadership at Villa Somalia does not care about the well-being of this country. This is an effort to make sure that all federal states become an extension of the cartel of Villa Somalia. It is now clear that they have no regard for the will of the people and their right to self-government and thereby elect a president of their own.

If this attempt succeeds as it did in the Southwest state, it will serve only the interests of the corrupt leaders in Villa Somalia, in their dangerous scheme to remain in office by any means necessary after 2021, it will therefore, be up to the people of Galmudug to protect their rights and reject this evil and at least learn lessons from Puntland and Jubaland, who stood up to Villa Somalia and refused to allow them to intervene in their internal affairs.

It may not be an easy task, given that Galmudug is in a fragile state right now, but it is better and more honourable to fight for your rights than to be led and oppressed by a sleezbag.

A credible, fair and free election, independent of the interference of Villa Somalia, is the only thing they can embrace and never accept the humiliation the Southwest state has endured. It is now or never, or Galmudug will be a tale of the past!

The Political, religious and traditional leaders and the elite of Galmudug should note and think very carefully before they trade their integrity and fate of their people and state for cheap and short term personal gain, these wicked people are going to walk all over you with their shoes on.

Take a lesson from Puntland and Jubbaland the rewards they’re enjoying right now. You should say NO to the dirty tricks of these crooked men (who are more likely to have their drivers as president than to hold fair, free and democratic elections) or face the humiliation. IT IS YOUR CALL TO MAKE!