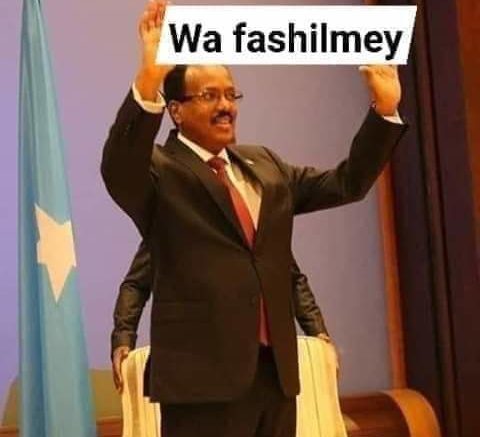 The natural resources industries are jeopardized by corruption and insecurity. The sector is almost completely unregulated; the petroleum industry is particularly problematic (UN Security Council, Oct. 2015)

Licensing in the natural resources sector is also challenged by the absence of a regulatory system and widespread corruption. International energy companies have obtained oil exploration licenses from different local and national authorities (BTI 2016)

Evidence also suggests that the Somalian Ministry of Fisheries and Marine Resources has been transferring money acquired from selling fishing licenses into a private ministerial bank account in Djibouti (UN Security Council, Oct. 2015).

In one ongoing corruption case, the British company Soma Oil & Gas Holdings Ltd. is being investigated by the UK Serious Fraud Office for corruption in Somalia.

Is it surprising then that citizens are outraged of law signed by president Farmajo. The country is missing functioning legal system and constitution. The monetary system is incredibly weak.

The Somalia Shilling has been the official currency of Somalia since 1962. The currency has been listed as one of the world’s worst currencies, with an incredibly high exchange rate against the US Dollar.

The people surely would welcome few more dollars into their pocket, considering their GDP (nominal, 2018 estimate) of $716 (which places them 193rd in the world).

I for one do not expect normal people to gain any benefit of the petroleum law which is said to be aimed at providing a regulatory framework that will help attract investment in exploration by major oil companies.

Supposedly the revenue would be divided between central government and six federal member states, but in this most corrupted land on this Earth surely the moneys will find other pockets than the regular citizens.

The oil is not known as most peace creating substance.

ExxonMobil and Shell have already parted with $1.7 million owed to Somalia for leasing offshore blocks for oil exploration. I urge all international companies not to do deals with Somalia as these agreements are worth less than the paper they are printed on.

These are only corruption fees and if the exploration would result in finding exploitable oil fields they could easily be questioned.

And these national treasures should benefit the citizens of this pitifully poor country and not the corrupt politicians and multinational corporations helping them in polluting our common planet with pollution and green house gasses.