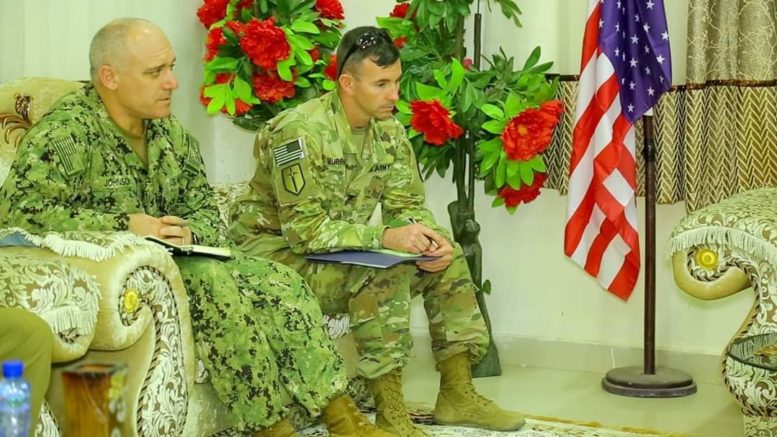 “The United States resumed providing direct security assistance to a non-mentored unit of the Somali National Armed Forces (SNAF) this week in support of counterterrorism operations in Lower Shabelle against al Shabaab.

We commend the steps taken by the Federal Government of Somalia to improve public financial management of the SNAF as part of ongoing institutional reforms, which give the United States increased confidence in accountability mechanisms for donor resources. We call on the FGS to continue prioritizing security sector reforms, including asset management and human resources, as part of the comprehensive effort to build and sustain capable, professional, and accountable security forces.

While these ongoing SNAF reforms are important, the United States will only continue support to SNAF operations that are focused on defeating terrorist organizations. Furthermore, reconciliation between the Federal Government and Federal Member States is an even more vital step towards reestablishing governance, security, and prosperity for all Somalis.