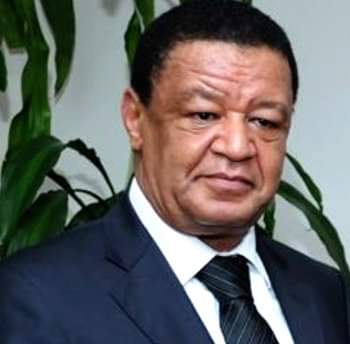 A high level delegation led by H.E. former president Dr. Mulatu Teshome, has concluded its mission to deliver the message of H.E. Prime Minister Abiy Ahmed to the leadership of the EU Council and Commission as well as to French president H.E. Emmanuel Macron.

On the following day the message to H.E. President Macron was delivered to his Senior adviser for African Affairs H.E, Franck Paris.

During his encounter with the EU and and French officials, Dr. Mulatu explained Ethiopia has been committed to find a win- win solution to the on going negotiation between Ethiopia, Egypt and the Sudan with regards to the first filling and annual operation of the GERD.

He explained at length Ethiopia’s commitment, from the out set, to promote the principles of equitable and reasonable utilisation and not causing significant harm.

H.E. Dr Mulatu has further explained that based on the clear stipulation of the Declaration of Principles signed between the three parties in 2015 Ethiopia will have to continue the first filling of the dam once the construction is ready.

He further expressed the need to set the record straight that Ethiopia has never backed down on the on going negotiations on the matter but rather requested all parties to the negotiation for more time to conclude its national consultation on the status of the negotiation.

Both the EU and the French officials have noted Ethiopia’s intent to look for a win- win solution.

They have also further affirmed the discussion has helped them understand what salient differences lay in the negotiation and expressed their wishes for the three parties to reach a mutual understanding on the matter.

The engagement is believed to have help clear Ethiopia’s position on the status of the negotiation and get an understanding from the EU and France.

The tour is part of Ethiopia’s intention to create an understanding and support on the on going tripartite negotiation on the first filling and annual operation of the GERD to Nile Riparian countries and international partners at large.