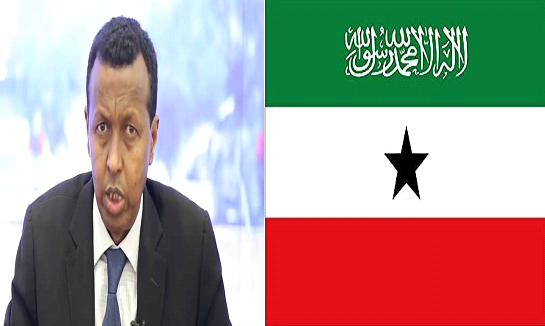 The Republic of Somaliland is an independent state that fully and completely controls its land, sea and air borders.

Somaliland is an important tourist destination on the African continent, especially in the Red Sea and the strategic Gulf of Aden.

The appointment of an envoy for the Horn of Africa, the Red Sea, and the Gulf of Aden to the Mogadishu administration is a daydream and a nightmare, with the aim of misleading the international community’s views on the issue of the independence of the Republic of Somaliland. The African continent based on Somalia’s colonial borders has no place in the Gulf of Aden.

Therefore, the government and the people of Somaliland are jointly prepared to defend the sovereignty, the nation and all the borders of the country at all costs.

The Republic of Somaliland is a leader in peace and democracy in the Horn of Africa, with councils directly elected by the people in a free and fair manner with one person and one vote. Represent the people and the country of the Republic of Somaliland in indirectly elected councils in Somalia, but they are individuals who do not represent anyone in their respective positions. These are positions whose purpose is political blindness.