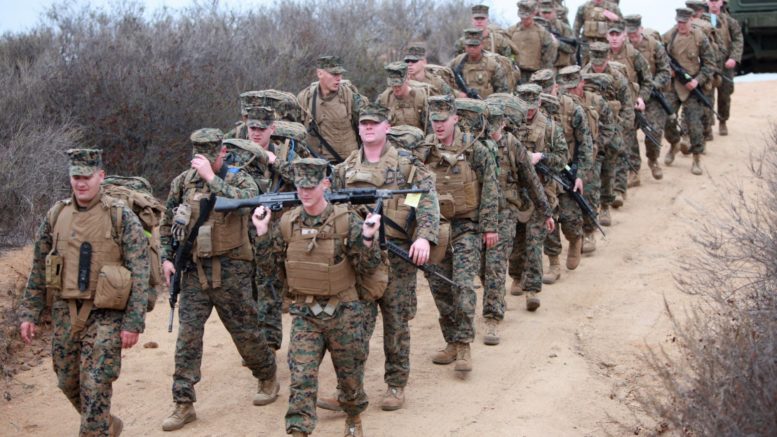 President Donald Trump has ordered the Pentagon to remove most of the its about 700 troops in Somalia working to assist the East African nation’s military with its long battle against al-Shabab terrorists, the Pentagon announced Friday.

Most of the troops to be removed from Somalia will be relocated to neighboring countries, from where they will continue efforts against the al-Qaida-aligned al-Shabab group, according to a Pentagon statement, which did not provide specifics on how many troops would remain in Somalia. The withdrawal was to be completed by an unspecified date in early 2021, according to the statement.

Pentagon spokespersons on Friday declined to provide further details on the number of troops to remain in Somalia or precisely when those withdrawing were to leave.

Trump’s withdrawal order comes on the heels of his decisions last month to drawdown troops in Iraq and Afghanistan to 2,500 service members in each of those countries by Jan. 15, just five days before he leaves office. It also comes just days after Army Gen. Mark Milley, the chairman of the Joint Chiefs of Staff, said no decision had been made regarding the troop presence in Somalia, and he characterized al-Shabab as a threat to the U.S. homeland “if left unattended.”

The brief Pentagon statement announcing the withdrawal said it had not changed its policy toward the country, vowing it would continue to fight al-Shabab and other terrorist groups in Somalia.

“The U.S. will retain the capability to conduct targeted counterterrorism operations in Somalia, and collect early warnings and indicators regarding threats to the homeland,” the statement read.

The announcement came just one week after acting Defense Secretary Christopher Miller made a surprise visit to Somalia’s capital, Mogadishu, on Nov. 27 to meet with American forces stationed there during the Thanksgiving holiday.

Miller, who personally announced the Afghanistan and Iraq drawdowns, did not immediately comment Friday on the Somalia decision.

The about 700 American troops in Somalia are charged with conducting counterterrorism operations and train, advise and assist support to Somalian forces primarily against al-Shabab. There is also a small Islamic State contingent in Somalia, but it does not have the capability of al-Shabab, defense officials have said.

Al-Shabab seeks to overthrow the U.S.-backed Somali government and establish a hardline Islamist nation. It is active across the country and it has conducted bombings and high-profile attacks in Somalia and neighboring countries, including the 2013 attack on a shopping mall in Nairobi, Kenya, that left 67 dead.

A Defense Department inspector general report released Nov. 25 stated U.S. Africa Command has seen “a definitive shift” in recent months of the group’s focus to attack U.S. interests in the region. AFRICOM also said it believes al-Shabab is the most “dangerous, capable, and imminent threat” on the continent, according to the report.

The group has the intent to attack the American homeland but does not have the ability now to do so, that report said.

The Pentagon said Friday that some of the troops in Somalia might be moved out of East Africa, but most would be repositioned to locations from where they could conduct cross-border operations into Somalia. The U.S. has troops at bases in countries that border Somalia, including Djibouti to its north and Kenya to the south.

U.S. officials have said American forces in Somalia have typically trained Somali soldiers to lead operations against al-Shabab, but U.S. troops do sometimes see combat in the country. An American service member was injured in a bomb attack by al-Shabab in September, AFRICOM said at that time. Two American troops have been killed in action in Somalia in recent years. Staff Sgt. Alexander Conrad, 26, was killed in 2018 and a Navy SEAL, Senior Chief Petty Officer Kyle Milliken, 38, died in combat there in 2017.

A CIA officer was also killed in combat in Somalia last month. Officials have not released the fallen CIA officer’s name, but Milley said this week that he was a former Navy SEAL.

“None of these operations are without risk,” Milley said Wednesday of U.S. troops’ role in Somalia. “But, we think we’re approaching it rationally and responsibly to adjust the footprint to what is necessary in order to continue operations against the terrorists that are out there.”