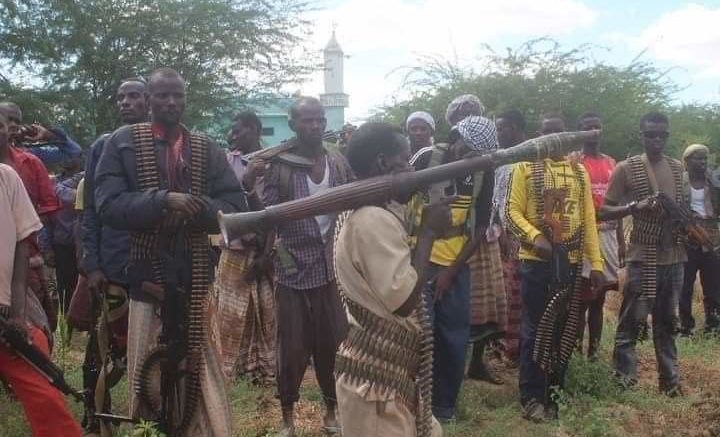 Is Mogadishu On The Brink of Another Civil War?

The report known as ‘Global Trends 2030: Alternative Worlds’ published in 2012 by the National Intelligence Council (NIC), predicted many fragile states including Somalia are likely to remain fragile by 2030 due to a constellation of environmental and other factors. NIC is an organization within the United States Intelligence Community, which conducts periodic (every 4 years) long-term global strategic analysis for US policymakers. In its subsequent report (Global Trends Paradox of Progress) that came out in 2017, it estimated “most of sub-Saharan and North Africa descended into chaos and violence by 2035”. Given the volatile prevailing conditions in that part of the world, those predictions do not sound irrational, as conflict is present or unfolding in many places. Ethiopia has already slipped into a civil war that dragged Sudan and Eritrea into the conflict and is highly possible to engulf other neighbouring countries. This concise analysis will look into Somalia’s internal upheavals particularly the deteriorating situation in Mogadishu that is not isolated from the on-going regional crises. A tension is building up between the incumbent federal government (FG) and a political opposition accusing it of tyranny and seeking its removal. Many people are wondering if this can be a replica of the 1991 civil war.

According to the study of human conflict and war (polemology), a civil war “is a war between organized groups within the same state or country. The aim of one side may be to take control of the country or a region, to achieve independence for a region or to change government policies”. The factors that instigate civil wars include but are not limited to: extreme poverty and grievances associated with economic deprivation; corrupt or brutal government that deprives citizens of political rights and forces them to resort to violence; a weak government or vulnerable political system that creates opportunity for political opponents; external financiers of the conflict. All the above factors and more are very present in Somalia today.

The bone of contention between the opposition and the FG is the disputed electoral system. The FG is accused of exclusionary behaviour, discounting the alternative electoral model agreed in September, and deliberately overlooking genuine arbitrations made to resolve the disputes peacefully. Jubbaland and Puntland states are supportive of the opposition in its stance against the policies pertaining to the election. President Farmajo and the Director General of NISA Fahad Yassin were also blamed for exercising unprecedented executive orders aiming to demolish the opposition in order to remain in power. Public anger has ensued as people perceived the government measures as despotic practices violating the rights of citizens. Multi-layered foreign interventions are also part of the problem that is increasing the fissure between the opposition and the FG.

The tension has precipitated mobilization of militias in support of the opposition in Mogadishu. Skirmishes between soldiers within the government forces have increased in Mogadishu and other places. The Gedo region is another contentious issue after Villa Somalia is accused of instigating hostility between the region and president Ahmed Islan. Villa Somalia has successively deployed federal troops to the region without the involvement of Jubbaland administration. President Islan and his administration took this as a direct confrontation meant to eliminate him. The trust between president Farmajo and the opposition looks unfixable, as neither is willing to compromise or give concessions. The role of the international community is very intricate to comprehend. Withdrawal of US troops is a sign that the international community is either exhausted or unconcerned of the crisis unfolding, and the latter seems to be true. The religious insurgent fighting the government is another challenge. All these are indicators of how fragile the situation is.

In comparison to what happened in the past, the outlook does not look that bleak. In 1991, the rebel leaders were deeply angry military officers with little or no political experience. Internal rivalry and lack of political vision had incapacitated the rebel leaders to resort to violence. Today, a political elite with relatively concrete experience is leading the political opposition challenging the incumbent regime. The society’s experience of civil war and its concomitant brutalities is also a vantage. A number of scenarios are possible to come out of this political crisis. The most tenable one is president Farmajo to concede before things get out of control and leave peacefully. A less tenable scenario is the opposition to remain intact, avoid internal rivalry, and rally enough force to remove the government under controlled violence. In this case, to avoid chaos and failure, the opposition would quickly present a viable political agenda for the reinstitution of the government. A disastrous outcome would be continuation of the political stalemate with no part able to eliminate the other and escalation of the conflict to a real mayhem, a picture reminiscent of what NIC predicted.