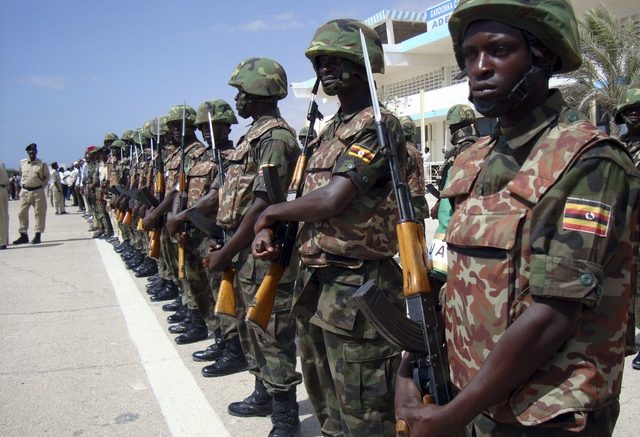 African Union peacekeeping soldiers from Uganda parade during the arrival of Somalia's new president and former leader of the opposition Alliance for the Re-Liberation of Somalia Sheikh Sharif Ahmed in the capital Mogadishu February 7, 2009. Ahmed arrived in the Somali capital for the first time since he was elected President in neighbouring Djibouti a week ago. REUTERS/Feisal Omar (SOMALIA)