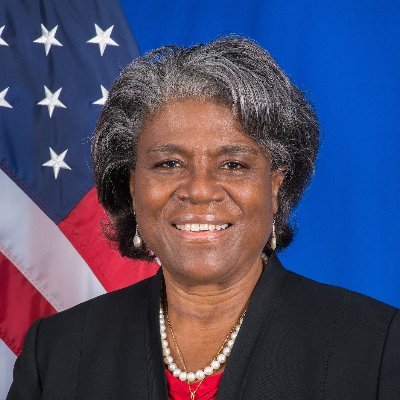 In reference to the statement made on the 31st of March 2021 by the outgoing president of the
United Nations Security Council (UNSC), Mrs. Linda Thomas-Greenfield, the Federal Government of Somalia would like to express its appreciation and gratitude for the sentiments expressed, the long-standing commitment of the Council Members to Somalia’s progress and stability, and their respect for Somalia’s sovereignty, territorial integrity, unity and political
independence.

Somalia has in recent history faced a number of difficult challenges. Nonetheless, we have been able to come together as a nation, engage in constructive dialogue, make necessary compromises
and craft innovative solutions to overcome most of these challenges.

Political stability is a precursor to all of the development efforts we plan to implement in
Somalia, thus, we are in complete agreement with the UNSC’s assertion that it is in the best interest of all Somalis to hold inclusive elections as soon as possible.

As such, we would like to reiterate the following as the position of the Federal Government of Somalia:

a- National elections in Somalia, as in any other sovereign nation, remain a national issue deliberated and decided upon by the national institutions of the country as stipulated in Law No. 30 passed by the Parliament. Therefore, we appreciate the UNSC’s unwavering support for Somalia’s sovereignty, territorial integrity, unity and political independence of Somalia.

b- The Federal Government of Somalia regards any interference in the process of National
Elections by external actors as direct interference into our internal affairs in breach of UN Security Council Resolutions, International Conventions and laws.

c- The Federal Government of Somalia considers the 17th September agreement as the base for the electoral process and stands by the recommendations of the 16th February Baidoa Technical Committee without any preconditions.

d- In response to concerns regarding electoral security, we would like to hereby reaffirm that the National Election Security Task Force led by the Prime Minister will be the mechanism through which all election-related security issues will be addressed.

The Federal Government of Somalia avails itself of this opportunity to renew to the United Nations Security Council the assurance of its highest considerations.
Afgoye Road-KM 5, P.O. BOX 105; Mogadishu, Somalia | http://www.mfa.gov.so Minister@mfa.gov.so

I would be grateful if this letter could be circulated as a document of the Security Council.

Please accept, Excellency, the assurances of my highest considera