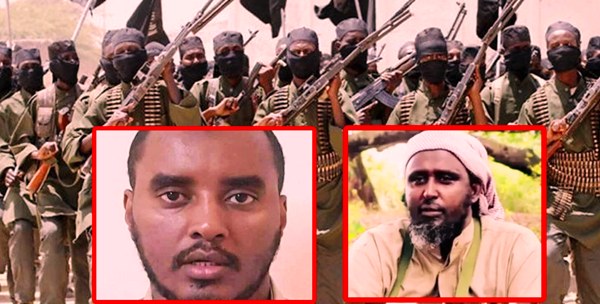 “Abuse of human rights prominent in the latest report from the State Department as the United States poked holes in the abuse of the rule of law by the federal government in Somalia and to some extent Al-Shabaab militants.

For years, Somalia has struggled to impress the international community on issues of freedom and human rights, with journalists, activists and even innocent civilians being the most affected groups, something that has caused concern among stakeholders.

But in the report, National Intelligence Security Agency [NISA], which is responsible for intelligence gathering, has been negatively mentioned as one of the institutions behind deplorable human rights records in the Horn of Africa.

The report claimed that NISA was behind politically motivated disappearances targeted at opposition politicians or those believed to be working with them. The department cited the disappearance of Mohamed Nur “Abuja” as one of the examples of such cases.

“During the year, there were some cases of allegedly government-led, politically motivated disappearances, especially journalists but also political opponents,” the report reads in part.

“From February 29 to March 2, National Intelligence and Security Agency [NISA] officers detained Radio Higsi journalist Mohamed Abdiwahab Nur “Abuja,” reportedly in retaliation for his investigative journalism regarding the conduct of the intelligence service. “

NISA has long been accused of interfering in the country’s domestic policy by aiding the outgoing government of Mohamed Abdullahi Farmajo. A section of opposition supporters have long called for the dissolution of the team.

The work under the management of former Al-Jazeera journalist Fahad Yasin blames NISA for the current political intolerance, but an allegation it has repeatedly dismissed as “unfounded and unfounded”. NISA, the State Department claimed, has also detained suspects without following the proper process.

“NISA agents routinely conducted mass security sweeps against al-Shabaab and terrorist cells as well as against criminal groups. The organization detained detainees for extended periods without following due process and abused suspects during interrogations,” the statement noted.

The report adds, federal and regional authorities, arbitrarily arrested and detained several people, including people accused of terrorism and either supporting or opposing al-Shabaab. Authorities often used allegations of links to al-Shabaab to justify arbitrary arrests.

The lack of accountability allowed judges to abuse their power was also noted. It said civilian judges also lacked the necessary security to perform their jobs without fear. Cases involving security personnel or persons accused of terrorism-related crimes were heard by military courts, read the report.

Political detentions were seen as some of the worst practices in the Horn of Africa, which has struggled with instability for decades. The arrest of Mukhtar Robow, a former deputy chief of Al-Shabaab, appears in the report.

“In 2018 the South West State presidential candidate and prominent defector from al-Shabaab leadership Mukhtar Robow was detained by AMISOM soldiers and brought to Mogadishu,” the report notes. “He was placed in NISA custody and later moved to house arrest. While Robow allegedly had some contact with the outside world in December, he remained under house arrest for unclear legal reasons.”

In addition to security and safety concerns, humanitarian organizations faced significant interference from federal and state authorities, which sought to impose taxation and registration requirements and control contracts, procurement and staffing.

Al-Shabaab also imposed harsh punishment on people in areas under its control. AMISOM claimed that al-Shabaab tortured residents of el-Baraf for offenses ranging from non-payment of taxes to being a government agent.

Al-Shabaab militants are also known for imposing punishment on civilians and other human rights groups.