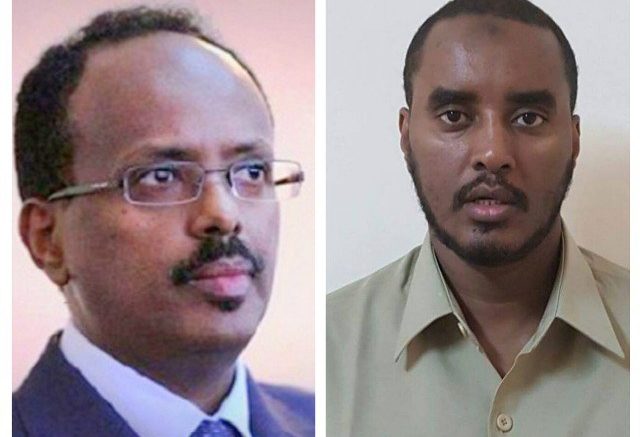 After a let up, the US State Department has indicted Somalia’s National Intelligence and Security Agency (NISA) of war crimes, human rights violations, and collaboration with armed militia groups allied to the Al-Qaeda branch in Somalia, Harakat Shabaab al Mujahideen. The United States intelligence (CIA) and military (US Army Special Forces) have been operating in Somalia for more than a decade as advisors and security operations coordinators. The US State Department also indicted the weak Federal Government of Somalia of Corruption, atrocities in the South West State, societal abuses, and political conflicts in the war torn and extremely impoverished Horn country.

The Somali National Intelligence and Security Agency (NISA) over the past 2 years, has morphed to a Mephistophelian outfit rather than a professional and objective intelligence agency with a clear National Security mandate. In the particular period, the agency policy and administration has narrowed down to protecting and prolonging the mandate of the current Federal Government of Somalia leader Mohamed Abdullahi Farmaajo, undermining and sabotaging the Federal Member States and their leadership, causing geopolitical conflicts in the Horn of Africa and East Africa region, and facilitating terrorism in Somalia by paying Al-Shabaab al Mujahideen political office to directly or indirectly orchestrate insecurity, terrorism, and human rights violations.

“What we are seeing in Somalia nowadays is FGS exploiting the civilian intelligence (Re: NISA), and that agency playing a key role in securing and elongating Mr Farmaajo’s authoritarian and autocratic rule. The use of intelligence to preserve domestic political order is commonplace since intelligence is viewed as an essential tool for effective domination of colonized or poorly institutionalized societies. Intelligence agencies generally have three basic functions: data collection, analysis and − intrinsic to the entire intelligence process – counterintelligence, which aims to discover and interdict hostile operations against the state and its people. What is visibly clear in Somalia is lack of a proper intelligence agency. What we have there is a rogue police like or a quasi-intelligence agency premised in Villa Somalia whose mandate is to preserve the dysfunctional regime by orchestrating repressive and retrogressive events.” Warns David Goldman, Director of SIS.

If not muzzled or directly confronted through aggressive counter intelligence operations and diplomatic maneuvers’ by regional intelligence organizations, NISA will continue to orchestrate covert operations through proxies in Foreign Intelligence Service to influence political, military, economic and negative Geopolitical situations in Kenya, Tanzania, Uganda, and Ethiopia. The challenge posed by escalating terrorism and insecurity in the region will not abate when we have rogue intelligence services in the epicenter of the conflict. The core of NISA is largely operatives of the Al-Qaeda branch in Somalia, Harakat Shabaab al Mujahideen’s political and finance wings. The State Department revelations besides numerous reports by UN Somalia and the UNSC, about the scale of the abuse of power and abrogation of civil liberties and human rights by NISA and the FGS inner circle will be useful in addressing human rights abuses, war crimes, and corruption in Somalia in the near future. NISA in it’s current form is not an intelligence and National Security agency rather a rogue secret service serving Mr Mohamed Farmaajo whose term expire in February and seeks to extend his rule unconstitutionally.