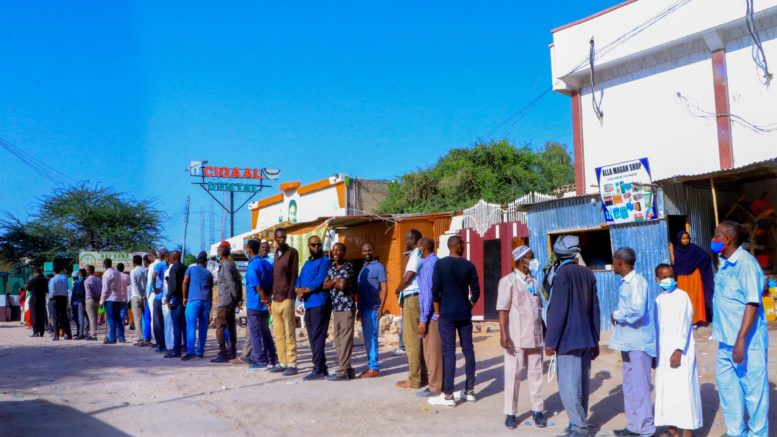 GAROWE, Somalia (Reuters) – Somalia’s breakaway Somaliland region held its first parliamentary election for 16 years on Monday, in what politicians there describe as evidence of its comparative stability.

The region, which broke away from Somalia in 1991 but has not gained widespread international recognition for its independence, has been largely peaceful while the rest of Somalia has suffered three decades of civil war.

“Vote in peace,” President Musi Bihi said in televised remarks after casting his ballot. Opposition leader Abdirahmaan Mohamed Abdulahi echoed the sentiment: “I urge the Somaliland people to vote in peace and calmly.”

Three major parties have put forward 246 candidates for 82 seats. More than one million out of roughly four million residents have registered to vote, the National Electoral Commission said.

The parliamentary election had been delayed for a decade by a dispute among the three major parties over the composition of the electoral commission, which was finally resolved.

Somaliland received a major international vote of confidence this month when Dubai’s DP World announced plans, in partnership with landlocked Ethiopia, to develop Somaliland’s Berbera port. The project is expected to bring in up to $1 billion in investment over the next decade.

The rest of Somalia is due to hold indirect polls within 60 days, with clan representatives choosing legislators who in turn will choose a president.