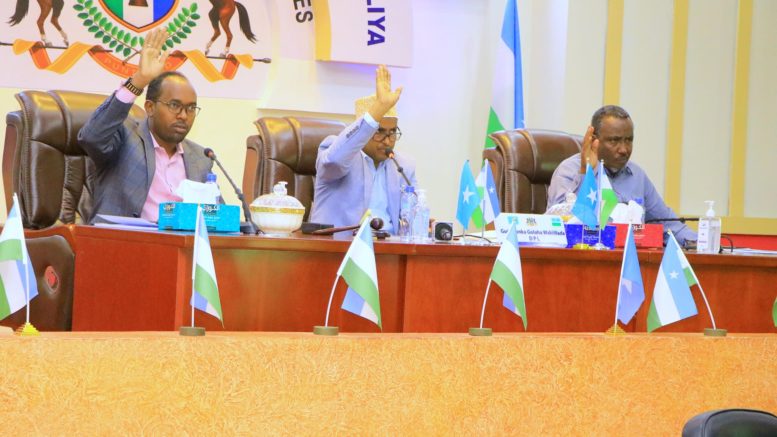 The chronic Madax-Ka-Nool (lone head of the state show) political situation in Puntland State doesn’t expect challenges from the State’s dysfunctional House of Representatives. It was a rare move on the part of MPs to issue some independent resolutions the other day. Is it self-perservation, having witnessed some members of their colleagues easily impeached and expelled from their ranks or a meaningful attempt to re-assert their constitutional powers?

Many observers believe that the new attempt to grab power by Puntland Parliament is limited to enhancing their positions as unassailable branch of the government rather than insuring checks and balance of power for the common good of the people of Puntland and for the purpose of re-introducing good governance to Puntland State.

It looks that Puntland MPs are seeking more say in selecting senators this time around, besides jockeying for acquiring bigger junks of the corruption money sharing in this election cycle. A few others say it is first baby steps to challenge the traditionally exclusive powers of the State President and his governance style of one-man show in running Puntland government, whereby the State President doesn’t seem to understand that he is also the Head of Government to be accessible to all heads of departments (ministries) and members of the House of Representatives. Puntland President isn’t only the Head of State. He has to run the government too on daily basis, and that his executive powers fall within the Cabinet collectively as an executive prime minister. He wasn’t elected by the people. This is a parliament system that came through selection process, and therefore, with shared responsibilities and responsible to parliament.

Whatever the case might be, Puntland House of representatives has a long history of being a toothless institution. Their past performances and corrupt practices for vote selling don’t give any hope or confidence to the residents of Puntland State.