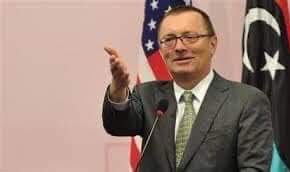 Jeffrey Feltman, special envoy for the Horn of Africa, will hold talks on Thursday and Friday to urge “all Ethiopians to commit to peace and resolution of grievances through dialogue,” a State Department spokesperson said.

“The United States is increasingly troubled by the expansion of combat operations and intercommunal violence in Ethiopia and is closely monitoring the situation,” the spokesperson said Wednesday.

The Tigray People’s Liberation Front (TPLF), which has been fighting Prime Minister Abiy Ahmed’s government for a year, has claimed significant territorial gains in recent days and has been marching southward.

The allied Oromo Liberation Army said that his group planned to topple Abiy’s government, calling its removal a “foregone conclusion.”

Feltman’s trip was announced Wednesday, despite the Abiy government’s outrage a day earlier when the United States said it was removing Ethiopia from a key trade pact due to accounts of human rights abuses including the withholding of humanitarian aid to the Tigray region.

Feltman was stinging in his criticism of Abiy in an appearance in Washington on Tuesday, saying it could not be “business as usual” with a government whose policies “result in mass starvation of its own citizens.”

Ethiopia historically has been a strong US ally, and Abiy won the Nobel Peace Prize for his reconciliation efforts before the war broke out a year ago with TPLF attacks on the federal army.