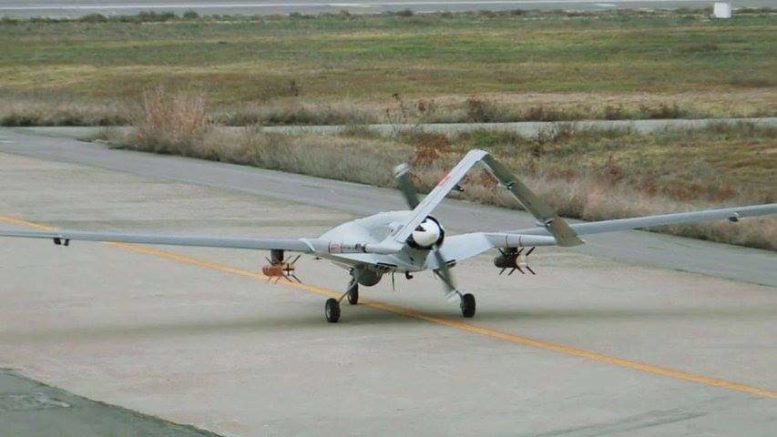 Turkey has developed several drones in the last years and Turkey became the 6th country in the world that produces UCAV. One of the drones is the TB-2 Bayraktar Tactical UCAV.

The first flight was in 2009 and the introduction of the drone started in 2014. Turkey operates 12x TB-2 Bayraktar drones.

The drones are developed and manufactured by Kale-Baykar and Baykar.

The drone was 100% succesfully tested on 17 December 2015 armed with a Turkish anti-tank missile (UMTAS) developed by Roketsan.

The drone was also tested with 100% accuracy from a distance of 8km and altitude of 5km with laser-guided UMTAS missiles.

The TB-2 Bayraktar Tactical UCAV made its first kill on 8 September 2016 during an anti-terror operation against the PKK.