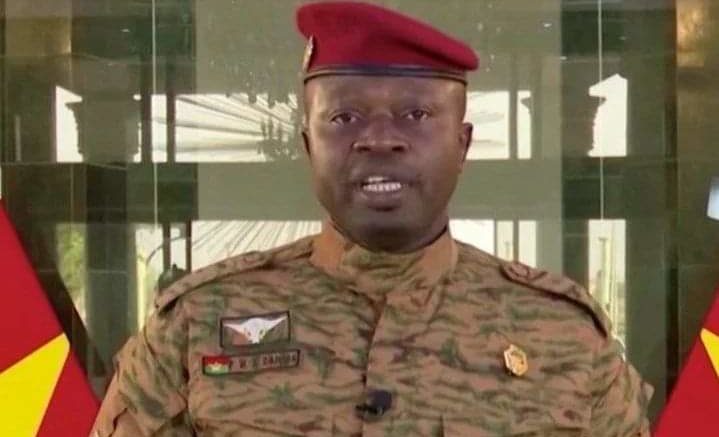 The new military leader of Burkina Faso has promised a return to the normal constitutional order “when the conditions are right”.

He blamed the president for failing to contain violence by Islamist militants.

He made his first national speech since taking power on the eve of an emergency summit of West African leaders, called in response to the coup.

Burkina Faso is the third West African country to witness a military takeover in the past year. Guinea and Mali have had sanctions imposed on them by regional bloc Ecowas to press them to return to constitutional order.

Wearing a red beret and army fatigues, Lt-Col Damiba, 41, said: “When the conditions are right, according to the deadline that our people will define in all sovereignty, I commit to a return to a normal constitutional order.”

He said he will meet representatives of various sections of society to agree on a roadmap for reform.

He added that Burkina Faso needed international partners “more than ever”, following condemnation of the coup.

“I call on the international community to support our country so it can exit this crisis as soon as possible.”

He did not specify which part of the international community he wanted support from – the coup comes at a time when Russia is competing with France to help West African countries tackle a growing Islamist insurgency.

But the French presence is proving increasingly unpopular in the region and President Emmanuel Macron has started to reduce French troop numbers. Mali has already turned to Russia to fill the vacuum, sparking a bitter row with France, and a group of Russian mercenaries has offered their services to Burkina Faso’s new leaders.

The Burkina Faso military announced that it had seized power on state television on Monday because of the deteriorating security situation.

In his speech, Lt-Col Damiba said the fight against jihadists would be his priority and promised to recapture rural areas, allowing the 1.5 million people who have fled their homes to return.

Before seizing power, he had been at the forefront of the fight against Islamist militants and wrote a book on the topic last year.

Similar troubles in neighbouring Mali led to a military coup in May 2021 – one that was broadly welcomed by the public.

The first speech of Burkina Faso’s new military leader was followed by millions. Many saw parallels with the country’s charismatic 1980s military leader, Thomas Sankara, who was assassinated during a coup in 1987. Lt-Col Damiba, wearing a red beret like Sankara, used much of the same rhetoric and phrases such as “dignity”, “integrity”, “anthem of victory”, “homeland or death” and “we shall overcome”.However, some regretted the lack of concrete proposals, and the “moral lesson” tone of the delivery, conveying expectations of goodwill on the part of the international community and intentions that were already known. “If the intention was to participate in the fight against terrorism, it should have been discussed first. Luckily, it is still possible to express oneself in Burkina,” wrote one social media user. According to political analyst Luc Damiba (no relation to the president), this first speech gives hope, but people are waiting for concrete action.The new Burkinabè leader made clear that the priority of the country was security and not a rushed return to the normal constitutional order and elections. This is no doubt what West African leaders will insist on at their meeting later on Friday, meaning tensions are likely to increase, as has been the case with neighbouring Mali.