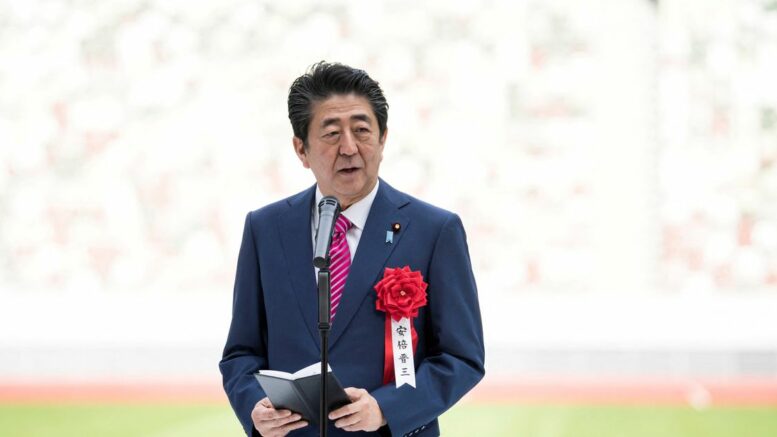 When Shinzo Abe, Japan’s longest-serving prime minister, stepped down in 2020, he hadn’t quite achieved what he’d set out to. He resigned due to poor health with dire approval ratings over his government’s handling of the coronavirus including acting too late on lockdowns and a slow vaccine rollout, a struggling economy, and without success on his long-standing push to revise the country’s pacifist constitution.

Perhaps that’s why Abe, who remained one of Japan’s most influential politicians even after his resignation, was still working to rewrite his legacy. His efforts, however, were cut short on July 8 when he was assassinated.

When Shinzo Abe, Japan’s longest-serving prime minister, stepped down in 2020, he hadn’t quite achieved what he’d set out to. He resigned due to poor health with dire approval ratings over his government’s handling of the coronavirus including acting too late on lockdowns and a slow vaccine rollout, a struggling economy, and without success on his long-standing push to revise the country’s pacifist constitution.

Perhaps that’s why Abe, who remained one of Japan’s most influential politicians even after his resignation, was still working to rewrite his legacy. His efforts, however, were cut short on July 8 when he was assassinated.

Abe, who served two stints as prime minister from 2006 to 2007 and from 2012 to 2020, was shot twice on Friday morning while giving a speech in the city of Nara in western Japan, where he was campaigning for the ruling Liberal Democratic Party (LDP) ahead of Sunday’s legislative elections. He died in the early evening hours at the age of 67.

The brazen attack has stunned the world, and sent shockwaves throughout Japan.

“He was a political giant,” says Jeff Kingston, the director of Asian Studies at Temple University Japan. “He has been a continued towering presence… His voice carried considerable weight.”

Abe continued to “set the agenda” for Japanese politics

When Abe left office in 2020, he told reporters that it was “gut wrenching” to leave many of his goals unfinished.

But Abe, whose grandfather served as prime minister between 1957 and 1960, and whose father served as foreign minister from 1982 to 1986, continued to pull strings from behind the scenes. “There’s no question” that he remained one of the most influential figures in Japanese politics, even after leaving office, says Tobias Harris, a longtime Japan watcher based in Washington, D.C. who wrote a biography about Abe. “He is the head of the largest faction, the head of the largest ideological bloc of his party. And he’s been trying to set the agenda in the way that even [current Prime Minister Fumio Kishida] has struggled to do.”

Free from the bounds of elected office, Abe has perhaps been even more influential. “He was a powerful voice in the Liberal Democratic Party, and he wasn’t burdened by the power of being prime minister so I think he was much less restrained, and continued to advocate for his positions on security, and constitutional revision,” says Kingston.

“Over the past year or so he has enjoyed not being in power because he’s been unleashed. He can say what he wants,” adds Kingston. That “has limited Kishida’s room for maneuver.”

Abe will be remembered for remaking Japan. Kingston says he succeeded in “reviving Japanese confidence and projecting a more confident, upbeat Japan,” following an asset price bubble collapse in the early 1990s that threw Japan into a period of economic stagnation known as “the Lost Decades.” “During his tenure, tourism to Japan skyrocketed and Japan became cool,” says Kingston.

Abe also played an outsized role in the success of the conservative LDP. He had led the party to several victories, including its return to power in 2012. The party had held power almost continuously since its formation in 1955, but the centrist Democratic Party of Japan held power for three years from 2009. “I think that he’ll be remembered as a politician who helped put a conservative stamp on Japanese politics,” says Kingston.

Abe had less success revising its U.S.-drafted post-World War II constitution, which renounces war. Abe saw the changes as important to counter an increasingly belligerent North Korea and China’s growing military might, but he faced an ambivalent public and legislative roadblocks over amending the constitution. He did, however, raise Japan’s defense profile with alliance building and by leading his government to pass legislation in 2015 that allows Japanese troops to fight overseas for the first time in 70 years.

Abe strengthened Japan’s relationship with the U.S., though it was unclear what benefits his notorious courting of former U.S. president Donald Trump brought Japan. And he built new partnerships with countries like India and Australia.

“He was sort of striding tall on the global stage, he appeared at the major meetings… he probably met more world leaders than 10 of his predecessors combined, so he was very active diplomatically,” says Kingston.

Not all of Abe’s diplomacy was successful, and his hawkish nationalism earned him enemies abroad. Relations with South Korea, an important security and economic partner for Japan, sank to a decades-low nadir during his term, mainly over historical grievances. The longstanding dispute over “comfort women”—girls and women forced to work in wartime Japanese military brothels— escalated into a trade war.

He was also unable to improve relations with China, and his advocacy for standing up to China’s military modernization rankled Beijing.

And despite Abe’s unparalleled power in modern Japanese politics, he was also unpopular with a lot of Japanese people. His signature “Abenomics” economic revival plans made marginal gains, many of them wiped out by COVID-19, and his tenure was marred by numerous corruption scandals. “He leaves a mixed legacy,” says Kingston.

But in death, as in life, Abe will cast a long shadow over Japanese politics. “I think the LDP will probably achieve a victory [in Sunday’s elections] because of what happened today,” says Ichiro Asahina, a political analyst and the head of Aoyamashachu Corporation, a think tank. “People will be sympathetic to Mr. Abe, which means they will probably vote for the LDP.”