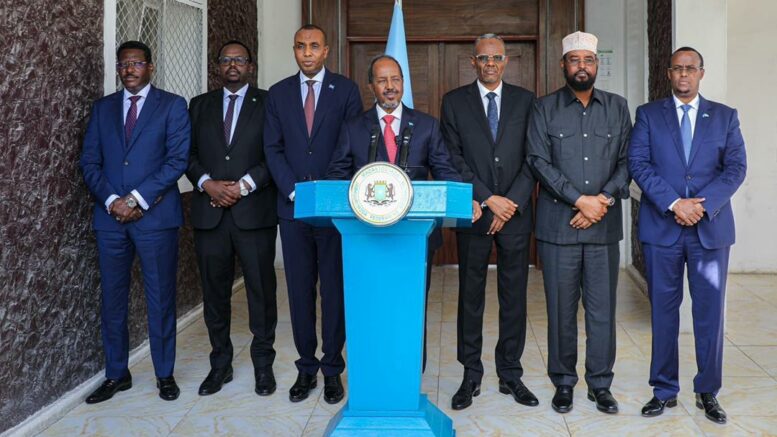 The press statement issued does not have much weight when the drought emergency alarm excluded.

Since their hands were tied, the resorted to tactical maneuvering that can only be said was last minute desperate attempt to salvage their blemished reputation to have an acceptable outcome that is palatable across all stakeholders, however, its far fetched to assume an amicable political solution to the current nascent political deadlock and strained relationships can be achieved through rehearsed and stage managed window dressed political agreement that entail opacious joint press statement. The following Issues must be addressed head on only then we can all conclusively say there is real agreement…

politic pundits, have predicted this will be the end of the meeting.

President Deni was right this was waste of time and an irrelevant picture taking opportunity that lacked substance.

The main thing that President Hassan would get from this meeting is to take the picture with him to the United Nations, though Deni’s non-arrival made no sense and showed that there is a strong disagreement.