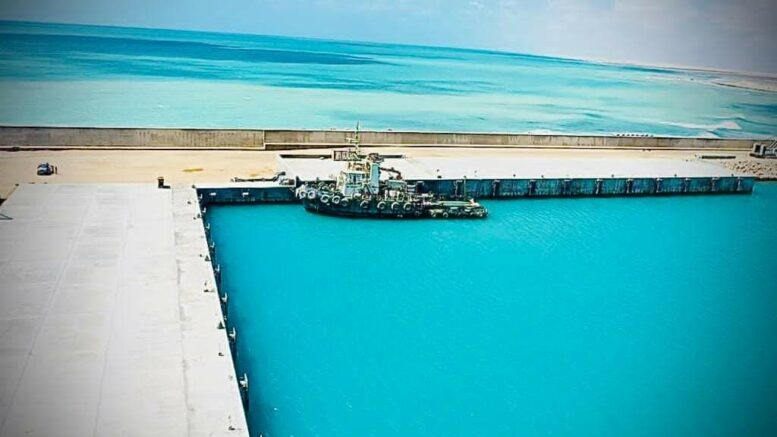 Possibility in the land of impossibilities Garacad port:

Today the two sections of Garacad port will be officially be opened both sides A & B of Garacad Port.

The width of section A, which the ship can stand, is 157-meters, and it has been fully completed.

Bridge B, the width of which the ship can stand is 120 meters, and it has been completed.

The height of the Port at the bottom of the Sea at the highest part is 15.5-meters.

The length of the port at the bottom of the sea, the lowest part, is 10.25-meters.

Outside parking is available on the left and right. The width of the car park at the port is…

The road connecting Garagad Port and Turdibi border is 300 km long and will cost 206 million dollars.

The first phase of the evaluation has ended, and 1 million dollars has been spent.

A hunting equipment that makes a smooth road with a width of 7 to 10 meters was brought and taken to the workers who would work on it.

Until now, the money spent in the port of Garada has no loan (LOAN) and it is clear that the businessmen have taken it.