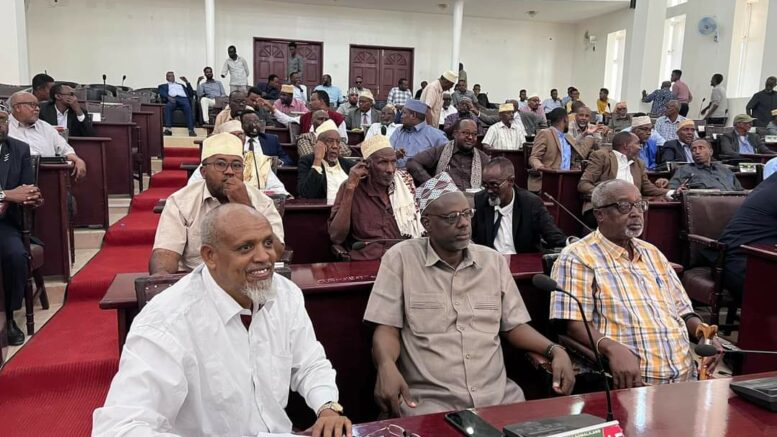 Muse Bihi Abdi’s 2-year extension of his term as President of Somaliland, was made official today.

Opposition politicians seem unable to stand in the way of this unconstitutional extension.

Somaliland’s government institutions are not new in terms of extension and it can be said that they are old.

All the previous leaders of Somaliland have been given an extension at one time or the other, it has become part of the impunity tradition.

Also, the Houses of Representatives and the Senate have been in office for a long period of time, and the Senate has extended its mandate for 5 years. The nascent democracy is at critical stage in somaliland

Somaliland’s democracy has lost its meaning and flavor due to the undemocratic extension of its government institutions.