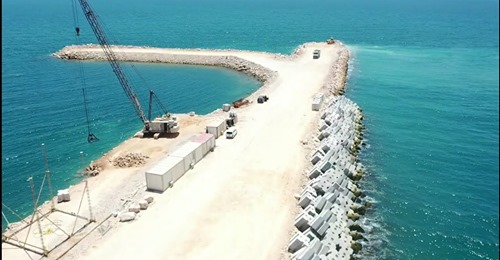 It was 1997 when a delegation of now defunct National Salvation Council (NSC), the Sodare Group, led by then Co-Chairmen Abdullahi Yusuf and Ali Mahdi Mohamed, went to Mogadishu to meet with an Italian envoy sent to mediate conflicting Mogadishu Warlords of Hussein Aideed, Ali Mahdi and Late Osman Ali Ato. I was one of that 13-member strong delegation. The intention of the Italian Envoy, Senator Serri, a deputy minister of the Italian Foreign Ministry, was to re-introduce Italy’s influence to the re-emerging Somalia from the Civil War. The idea was for Italy to be ahead of everyone else in the game of influencing Somalia as a former colonial power and power broker as the country re-instates itself from the total collapse as a failed state. The Italians believed that the obstacle to Somalia’s recovery was the warring factions of Banadir Region at the time. They had money incentives to bribe the warlords into accepting an Italian-brokered deal. Ali Mahdi wanted a piece of the cake. Abdullahi Yusuf planned to foil the Italian efforts as he thought the Italian policy was wrong-headed as he believed that Somalia couldn’t be reconstructed from the Centre, but rather from “Building-Blocks” as federated states. There was a deep mistrust between Aideed and Ato since the killing of Aideed Sr. The Italian Envoy’s mission to Mogadishu ended in spectacular fiasco to the pleasure of Abdullahi Yusuf.

Back in Nairobi enroute to Italy, and commenting on the unexpected Yusuf’s presence in Mogadishu, Senator Serri called a hasty press briefing during which he declared; “We were struck by an eagle in town”.

After two weeks in Mogadishu, we returned to Addis Ababa, the Headquarters of the NSC, to prepare for a national congress to be held in Bosaso, the North-eastern Regions of Somalia. Egypt, with the help of the traditional Ethiopian foreign policy naïveté on Somalia’s internal dynamics, had successfully undermined both the NSC and IGAD efforts to hold that National Reconciliation Congress in Bosaso. One would recall the failed Somali Peace Conference in Cairo in 1997, resulting in the demise of both the Sodare Group and “Salbalaar Government” of Hussein Farah Aideed.

While in Mogadishu, we held non-stop private and public discussions with many groups, representing all walks of life. These people had two nagging questions for us to answer:

“How do we participate in the planned National Reconciliation Congress in Bosaso”?“Why don’t you construct a Gara’ad Port? Bosaso Port is too far from us”.

At the time, Mogadishu Port was un-operational and closed to business. Still residents of Central Somalia thought a Gara’ad port would very convenient for them even if Mogadishu Port were functional. At that time they were using land transport to and from Bosaso Port.

In Addis Ababa, residents from Eastern Ethiopia are land-locked as it is in the rest of the country. They were very much interested in the construction of a nearby seaport as Gara’ad.

The commercial potential of the Gara’ad Port for Somalia and Ethiopia is huge. The economic and security importance of the port in the entire region is, without doubt, very high. I strongly believe that a Gara’ad seaport would be the most convenient outlet to the Indian Ocean for the peoples of Central Somalia and Eastern Ethiopia for quick movement of goods and services along stable and secure corridor.