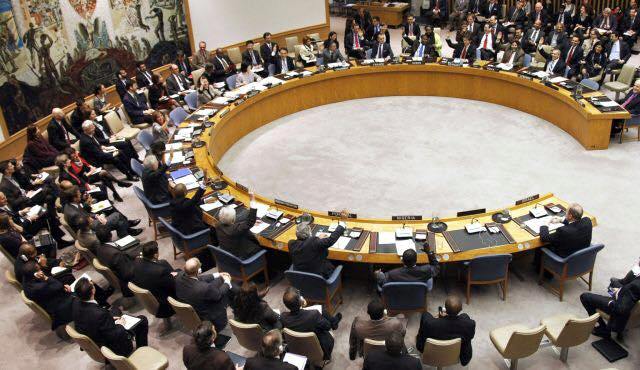 Tomorrow (17 November) at 2:30 pm EST, the Security Council is expected to vote on a draft resolution renewing for one year the 751 Somalia sanctions regime, including the authorisation for maritime interdiction to enforce the embargo on illicit arms imports, the charcoal exports ban, and the improvised explosive device (IED) components ban; the partial lifting of the arms embargo on Somali security forces; and the humanitarian exemptions to the regime. The draft resolution also renews the mandate of the Somalia Panel of Experts until 15 December 2023.

The negotiations on the draft resolution were difficult. The UK, the penholder on Somalia, circulated an initial draft text to Council members on 4 November and convened one round of negotiation on 7 November. It then revised the text three times to accommodate inputs and comments from Council members. The penholder placed the third draft text under silence procedure on 11 November, until Monday morning (14 November). Russia then broke silence in relation to a proposed new exemption, changes to the name of the sanctions committee and the reference to the dispute between Djibouti and Eritrea. After Russia’s silence break, China submitted additional comments on some of these issues. Subsequently, the vote on the draft resolution, which was initially scheduled for Monday, was postponed to Tuesday (15 November) to allow for further deliberations. However, since members were still unable to reach compromise on the divisive issues by Tuesday, the day the sanctions regime was due to expire, the penholder tabled for a vote a 48-hour technical rollover of the 751 regime, which was adopted unanimously as resolution 2661. Following additional negotiations, the UK placed a text containing a substantive renewal of the regime in blue this afternoon (16 November).

Council dynamics around sanctions, particularly those imposed in Africa, are difficult, as some members—including the A3 (Gabon, Ghana and Kenya)—have criticised the adverse effects of sanctions and have questioned their utility. In the case of Somalia, the government has long called for the arms embargo to be lifted, arguing that the embargo restricts its ability to acquire the weapons necessary to fight Al-Shabaab. The penholder restructured the draft text in blue into two pillars, to show that the sanctions regime is meant to support Somalia’s weapons and ammunition management and security sector reform (SSR), and to degrade the threat posed by Al-Shabaab. It also proposed to rename the 751 Somalia Sanctions Committee as the “Security Council Committee pursuant to resolution 751 (1992) concerning Al-Shabaab” to reflect this thinking. While many Council members apparently supported this change, Russia opposed the penholder’s suggestion. The draft resolution in blue maintains this language, despite Russia’s objection.

In resolution 2607 of 15 November 2021, which most recently renewed the 751 sanctions regime, the Council requested the Secretary-General to conduct a technical assessment of Somalia’s weapons and ammunition management capabilities and present options on initial benchmarks that could assist the Council with its review of the regime. During the technical assessment team’s visit to Somalia, which took place from 16 to 27 July, Somali authorities reiterated their request for the lifting of the sanctions regime but were apparently cooperative during the assessment process. The Secretary-General’s report, which was submitted on 15 September, said that “Somalia is on a positive trajectory in its management of weapons and ammunition” but noted continuing challenges that need to be addressed by the federal government and the federal member states. The draft resolution in blue welcomes the technical assessment and endorses its recommendations, including the proposed benchmarks, and urges the Somali authorities to implement them fully.

One of the contentious issues during the negotiations pertained to a new exemption proposed by the penholder, allowing international partners to provide military support and training to the Somali government, to assist it in strengthening its security institutions. The proposal was based on a recommendation put forward by the Somalia Panel of Experts in its final report (S/2022/754), dated 10 October, for the Council to add a standing exemption to the arms embargo for strategic partners that are operating within the Somalia Transition Plan (STP) and those that have a status of forces agreement or a memorandum of understanding with the Somali government on the training and mentoring of Somali forces.

Members apparently supported the exemption, but there was discussion on references to specific partners in the text. The initial draft circulated by the penholder allowed the UN Assistance Mission in Somalia (UNSOM), the AU Transition Mission in Somalia (ATMIS), the EU training and support activities, Türkiye, the UK and the US to provide military support and training to the Somali government. It seems that Russia was not comfortable with this list, and said that it should also be open to other potential partners. After Russia broke silence on the matter, the penholder revised the text to address this concern. The draft resolution in blue now also references “any other State forces” that have similar arrangements with the Somali government, “provided they inform the Committee about concluding such agreements”.

It seems that, as in previous years, one of the most divisive issues in the negotiations centred on references to the dispute between Djibouti and Eritrea. The relationship between the two countries has been addressed in Somalia-related sanctions resolutions since the adoption of resolution 1907 of 23 December 2009, which imposed sanctions on Eritrea because of its support to Al-Shabaab and other groups that aim to destabilise the region or incite violence in Djibouti, among other things. Russia has been vocal in its opposition to such references; it abstained on the vote on resolution 2607, arguing that the Djibouti-Eritrea dispute no longer posed a threat to regional peace and security and could be resolved through bilateral engagement. (For more information, see our 14 November 2021 What’s in Blue story.)

The initial draft circulated by the penholder to Council members apparently did not reference the Djibouti-Eritrea dispute. Djibouti apparently sent a note verbale to all Council members explaining its position on the need for the Council to follow developments towards the normalisation of relations between the two countries. Subsequently, the UK added language in the revised draft which reaffirmed the Council’s continued interest in following developments towards the normalisation of relations between the two countries and requested the Secretary-General to provide an update on developments regarding this issue no later than 31 July, and on an annual basis thereafter. However, Russia strongly opposed this reference and apparently indicated that it may cast a veto if it is included in the draft that will be tabled for a vote. It seems that the disagreement on this issue was the main reason Council members needed more time for negotiations, leading to the adoption of the 48-hour technical rollover. As a compromise, the draft resolution in blue that will be voted on tomorrow maintains a general reference to the Djibouti-Eritrea dispute but omits the reporting request to the Secretary-General.