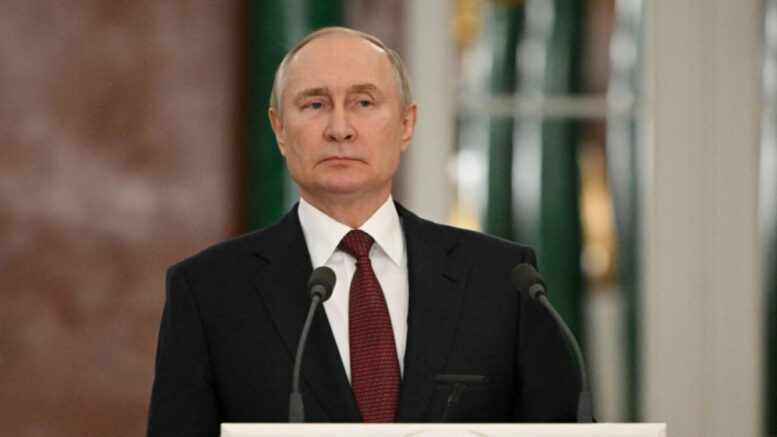 Russia is ready to negotiate with all parties involved in the conflict in Ukraine, but Kyiv and its Western backers have refused to engage in talks, President Vladimir Putin says.

Foreign Minister Wang Yi has defended China’s position on the war in Ukraine and signalled that it would deepen ties with Russia in the coming year.

The lower house of Russia’s parliament is preparing to raise taxes on people who have left the country, the speaker of the chamber Vyacheslav Volodin has said.

Three Ukrainian emergency services workers have been killed when a mine exploded while they were de-mining parts of the southern Kherson region, according to officials.

Russian President Vladimir Putin has said that his goal in the war in Ukraine is to “unite the Russian people”.

Putin used the concept of “historical Russia” to argue that Ukrainians and Russians are one people – undermining Kyiv’s sovereignty and justifying his 10-month offensive in Ukraine.

Putin said his government was acting “in the right direction … protecting our national interests, the interests of our citizens, of our people”.