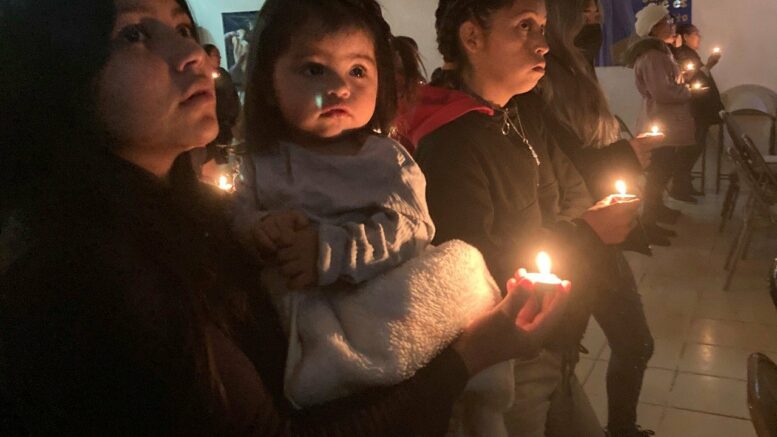 After fleeing violence in their Guatemalan town, but with their way to relatives in California blocked by continuing U.S. asylum restrictions, a family of 15 joined an Advent candlelight ceremony organized by their shelter just south of the border.

The evening service in the Buen Samaritano shelter’s small Methodist church, which doubles as cafeteria, didn’t quite compare with the weekslong Christmas celebrations they had loved in Nueva Concepcion. Those included fireworks, tamales made with freshly slaughtered pig and shared door-to-door with family, and villagers carrying aloft a statue of the Virgin Mary from the Catholic church to different homes each day, singing all the way.

“It’s difficult to leave those traditions behind, but they had to be abandoned at any rate,” said Marlon Cruz, 25, who had been a yucca and plantain farmer in Guatemala. “When you go from house to house and hear shots, because of that we would stay locked up at home.”

Tens of thousands of migrants who fled violence and poverty in their home countries are almost certain to spend Christmas in crowded shelters or on the streets of Mexican border towns, where organized crime routinely targets them. It is especially cold for those living outside since winter temperatures have plunged over much of the U.S. and across the border.