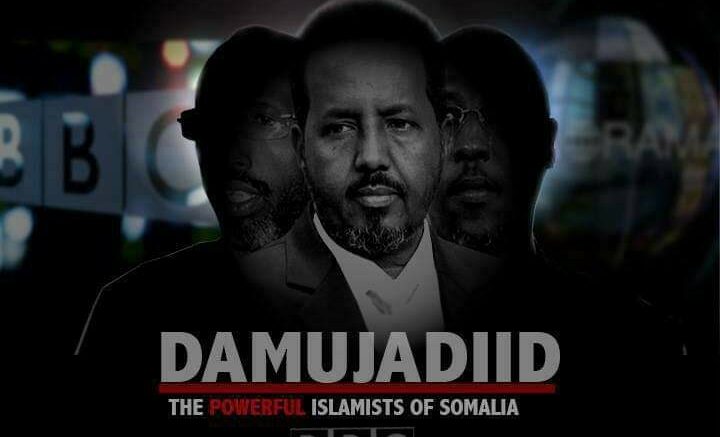 Following eighteen years of misrule since the advent of Somalia’s Federal order in 2004, the Somali public has been angling for the successive establishment of competent technocratic governments capable of pulling the beleaguered nation from its political quagmire and economic doldrums.

For any nascent democracy to prosper, there must be a trust between politicians and technocrats.

Technocracy is broadly defined as a form of governance whereby government officials or policymakers, known as technocrats, are chosen by some higher authority due to their technical skills or expertise in a specific domain.

Decisions made by technocrats are supposed to be based on information derived from data and objective methodology, rather than opinion or self-interest .

While the technocrats in the current administration are more than willing to honour their part of the bargain, they are increasingly being undercut by the corrupt President Hassan Sheikh Mohamud (HSM) regime that is gutting down the state bureaucracy and, in the process, eroding public trust in government.

Presiding over eight months of incompetency and cronyism, HSM, and his resurgent Damul-Jadid religious cult (new blood) faction are tacitly dispersing and dismantling the technocratic space hence sowing the seeds of corruption and mismanagement.

In bid to consolidate its hold on state power, the current administration is moving fast to purge senior technocrats from the public service and replacing them with compliant, unqualified, uneducated hand-picked cronies. Modern governance requires that the management of public sector agencies as well as the development of policy should be run and staffed by the best available technocrats.

The relationship between the Executive and senior bureaucrats is often considered the fulcrum of a functioning democracy. When it is not working properly, public policy and service delivery are compromised.

The primary role of technocrats is to offer policy advice to the Executive and then deliver programs and services to the public.

The erosion, decay and virtual collapse of state institutions sets in when the role of the public service is diminished, its advice devalued, and its neutrality undermined. In the pursuit of raw power, an insecure, ideologically-driven clique is moving fast to eliminate technical skills in government.

Shockingly, Somalia is rapidly heading down a dreaded path as the Executive, which is undermining meritocracy in the public service, is resorting to patronage virtually curtailing the autonomy of public institutions.

Like in its previous stint in government (2012-2017), the Damul-Jadid II administration has been cobbled together from dark forces that pose existential threat to Somalia’s nascent democracy, namely warlordism, clannism and religious extremism. It thrives on the combined force of these destructive elements.

Purporting to mobilise its support base along religious lines, Damul-Jadid is essentially a clandestine pseudo-Islamic group that embraces, fanaticism, clannism and warlordism while patronage, corruption and nepotism is rife within its ranks.

The top brass of the current administration is manned by an ungodly alliance of notorious warlords, clan barons and radical islamists who have been handed key ministerial, judicial, bureaucratic and security dockets.

As corrosive agents undermining efforts to reconstruct the Somali state, these forces have covertly declared a war on the patriotic technocrats, and in particularly, targeting western-educated technocrats diligently working in the national interest and advancing the development agenda.

In its ongoing fight against the technocrats, Hassan Sheikh’s cultist administration has employed informal power and patronage, as well as personal networks, to exert control over state machinery. It has been noted elsewhere that “informalized politics of this kind is the antithesis of a technocratic, rule-based approach to governance and entails considerable costs, from inefficiency to corruption and human rights abuses. ”
Due to a chronically inept political class, Somalia’s future hopes lies in its technocratic base.

The country can certainly borrow a leaf from technocratic successes in East Asia that spurred the rapid industrialization of a previously underdeveloped region.

In Singapore, where technocracy has been planted deeply, public servants are expected to be technically- minded, long-term thinkers and with a deep utilitarian streak.

Perhaps the most distinguished technocratic leader to ever emerge in the twentieth century was the late Lee Kuan Yew, Singapore’s founding father.

According to Doug Hendrie, an author and lecturer at the School of Culture and Communication at Melbourne University, Lee Kuan Yew was a longsighted genius often credited with “taking a small ex-British island expected to be a failed state and turning it into an economic powerhouse: an export-oriented manufacturer, a great port, a flight hub, a financial centre, a city-state with the third highest per capita income in the world ”. Lee built a technocratic formula that ensured Singapore’s success came from its system of expert rule, focus on meritocratic talent and long-term thinking .

Singapore’s current Prime Minister Lee Hsien Loong stated in the past that his country’s technocratic system “shielded civil servants from political interference, giving them the space to work out rational, effective solutions to problems while practising public administration in almost laboratory conditions .” As noted by Hendrie, the Asian Century is “built on technocracy, pioneered by Japan, perfected by Singapore and in progress in China .” More importantly, Singaporean-style technocracy has served as a bulwark against corruption, ineptness, and populism as the quest for social progress and development benefited from the expertise of a class of highly trained professionals serving in successive technocratic governments.

The World Bank has attributed the East Asian ‘Tigers’ success story to their high quality of governance.

The strong performance of bureaucracies in these states resulted from the extremely competitive meritocratic nature of the recruitment of oﬃcials.

According to the World Bank, bureaucracies were agents of development in many successful Asian Tigers because technocrats in those countries have generally been part of the political mandate for reform .

In Singapore, bureaucrats and party officials worked hand in glove for the national agenda.

In other Asian countries like Indonesia and Malaysia, the political leadership allowed technocrats substantial freedom to manage the economy while in Thailand, the bureaucracy provided continuity when political processes faltered .

While no one expects Somalia’s elites to adopt the Asian leader’s mindset, they should at the very least grant the Somali technocrats the required autonomy and independence so that they can operate in an atmosphere devoid of political interference and state patronage. Damul-Jadid’s patronage-based staffing of the Somali bureaucracy will not only derail the reform agenda but lead to institutional collapse that will wipe out all the painstaking gains made in the last decade.

HSM’s spoils system that rewards family, friends and close political associates will entrench endemic state corruption and forestall any attempts at rebuilding Somalia’s fragile governance structures. Worse still, individuals appointed to HSM’s patronage positions are unlikely to speak freely and criticize their boss and this will further cement his manipulative agenda and misleadership. Cronyism and sectarianism are at the centre of HSM’s system because he offers positions and favor to his unqualified Damul-Jadid ideologues in exchange for ongoing blind loyalty.

Like in his previous administration that was dogged by allegations of corruption and wanton looting of public coffers, HSM continues to demonstrate his preference for rewarding those lacking in integrity because they are more willing to be his yes-men. Furthermore, his inner circle of unskilled psychopaths is less likely to challenge his power and authority. Under HSM, those who benefit from the art of cronyism are given high levels of trust, interaction, and rewards for their unwavering loyalty while those who are branded as an out-group, such as the competent technocrats challenging nepotistic practices are shown the door.

Technocracy is not the sole casualty of HSM’s cultist approach to governance. Damul-Jadid’s political sectarianism, which is embedded in a perverted religious ideology poses a serious threat to national reconciliation.

A deeply sectarian lot holding the reins of power cannot be entrusted with the national reconciliation agenda. Already, HSM’s style of leadership has created frictions with a number of Federal Member States (FMSs) including Puntland and South West State that have been pushed to realign with neighbouring countries in bid to stonewall Damul-Jadid’s encroachment on their respective regional state jurisdictions. Other restless states unwilling to conform to Damul-Jadid’s script may adopt the realignment strategy to escape Mogadishu’s sectarian model of governance, with Jubaland expected to join the club to forestall Damul-Jadid’s delusional designs to divide up Jubaland. If left unchecked, Damul-Jadid’s extra-constitutional scheming will result in a fractured FGS-FMS relations, which will have adverse implications for Somalia’s Federal Institutions.

In preventing Damul-Jadid from exerting a complete stranglehold on Somali politics, the Somali civil society, intelligentsia, reputable faith leaders and the general public must act fast to demobilize this cabal before the situation spirals out of control.

Technocracy is the pillar of governance and development and those in positions of power should espouse the values of meritocracy to ensure the conduct of state affairs is placed in competent hands.

The international community and progressive forces must stand in solidarity with Somalia’s technocrats and demand an end to Damul-Jadid’s shenanigans.

Political sectarianism and cultist rule has no place in Somalia. At all times, technocracy, meritocracy, constitutionalism, and rule of law must prevail.