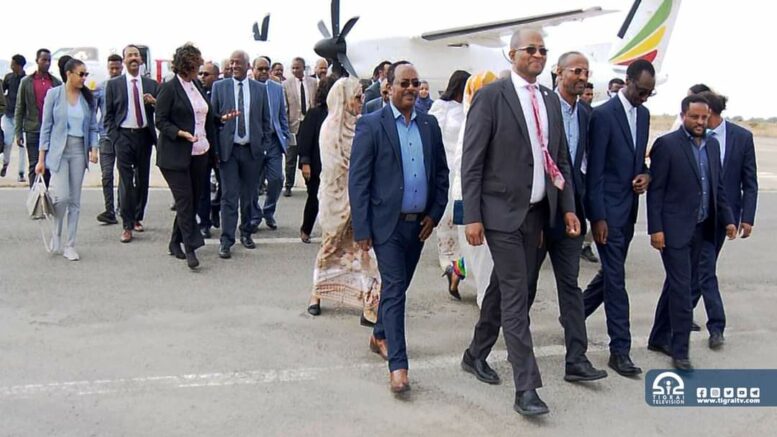 The delegation is the first Ethiopian government delegation to reach Tigrai in two year of time. The delegation met with Tigrai regional authorities, religious fathers and member of the local community. Tigrai religious fathers led by his holiness Abune Isaias asked the delegation for the lifting of the siege as soon as possible underscoring the magnitude of death and suffering caused by the lack of food and medicine and the discontinuation of services. “We hope your arrival will bring the horrific siege to an end,” said Sheik Adam Abdelkadir, President of Islamic Affairs of Tigrai.

State Minister of Ethiopia Government Communication Service Ministry Selemawit Kassa called the arrival ‘a historic moment’ while Tigrai’s Getachew stated the need to check spoilers to keep the positive steps taken by both sides. “This shows that, if there is an interest in peace from both sides, those who want to spoil will have no power to disturb. The reason why the delegates arrived in Mekelle with no bodyguard of their own is that they have trust in the people and government of Tigrai.” Getachew said.

The delegation returned to Addis Abeba wishing for the complete implementation of the peace deal and promising the swift restoration of services in Tigrai.