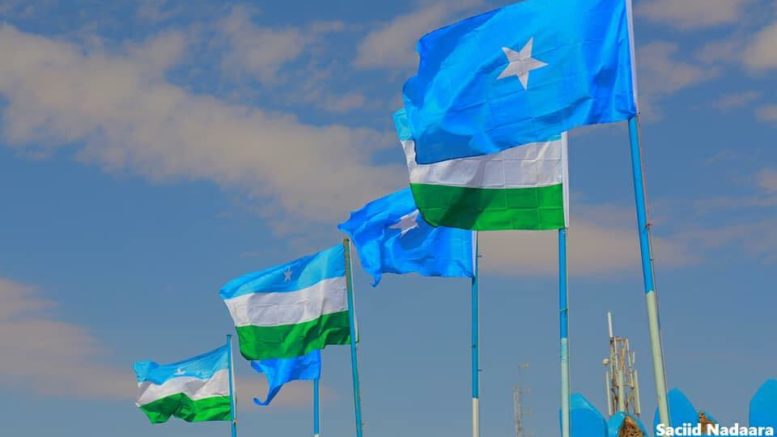 Over the last eight decades, Federalism as a viable system of governance for conflict-ridden societies has dominated debate in both the academic and political spheres. Comparative politics scholar, K. C. Wheare, is regarded as the “dean” of modern federalism. His 1946 book, Federal Government, is virtually canonical in the field and still cited frequently . Wheare defined federalism as “the method of dividing powers so that the general (central) and regional governments are each, within a sphere, coordinate and independent.” He argued that federalism requires “co-ordinate partners in the governmental process.” He believed that federalism is not an end in itself but rather a means to good government and that achieving that end requires adherence to the spirit as well as the letter of a federal constitution .

Other prominent scholars have weighed-in on the federal concept, its various elements and benefits with Denis de Rougement observing that federalism “comprises four basic principles: diversity, interdependence, responsibility and efficiency” while Burgess and Gagnon point out federalism is a form of accommodation in which “unity and diversity are balanced and maintained. ” For Stevenson, federalism protects minorities. On his part, Tully states that federalism is an expression of democratic practices, which encourages autonomy within regions . According to Robinson and Simeon “federalism is about the co-existence of multiple loyalties and identities and about shared and divided authority” while Covell notes that federalism “manages and deals with conflict .”

While the people of Somalia have overwhelmingly placed their trust in federalism, the Hassan Sheikh Mohamud led Federal Government of Somalia (FGS) prefers a centralized system of governance modeled on a dictatorial form of leadership where HSM can concentrate power in his hands and rule at a whim. Centralization will allow him and his cultist clique to take full control of the decision-making process while rendering other important actors such as cabinet minsters and senior bureaucrats as mere by-standers. Centralization of government has often been associated with outdated totalitarian systems ranging from military dictatorships, monarchies, civilian-led single-party states and cultist administrations like HSM’s Damul-Jadid regime.

Centralization poses a direct threat to Somali federalism, its nascent democratic institutions, unity, and the constitutional order. Only a functional constitutionally driven federal system can guard the country against state collapse, chaos, mayhem, and societal disintegration. If applied to the letter, Federalism as envisioned in the Somali case can serve as an effective bulwark against dictatorship, corruption, nepotism, and institutional decay.

In the post-cold war era, Germany has been hailed as an exemplary case of a successful, prosperous, and socially advanced member of the European Union. It is the bedrock of the European economy while its impeccable system of democratic governance has been singled out as among the finest in the world. Yet like Somalia, Germany is largely a homogenous society where traditionally, Unitarianism was touted as most suitable model of governance. Germany experimented with various forms of federalism dating back to the era of the Holy Roman Empire before it was abolished by the Nazis.

The big question is, why did homogenous, post-war Germany revert to Federalism over Unitarianism? The answer lies in Germany’s violent past. Under Hitler, Germany was a fascist state that thrived on a heavily centralized unitary system. Centralization of power became the ruling Nazi’s most lethal weapon. The feared and reviled Third Reich dictatorship unleashed a state of terror within its borders brutally targeting its own population including its Jewish citizens. It also posed a direct threat to Europe and world peace in general invading and occupying her European neighbours before it was vanquished by the combined force of Western allies and the Soviet Union.

While it is morally reprehensible to make any comparisons between Somalia and the behavior of the German Third Reich, it is worth noting that Somalia’s violent past was unquestionably rooted in regime centralism inherent during the military dictatorship which in the subsequent post-state collapse descended into warlordism, and later violent religious extremism. The chaos and lawlessness that arose from state collapse gave rise to the calls for a federal order as a mechanism to stem back the forces of clannism and extremism blamed for political fragmentation and factionalism. If left unchecked, regime centralism which is gradually creeping back into Somalia’s murky politics under the tutelage of the current, cultist Damul-Jadid administration can plunge the country into the dreaded path of clannist and warlordist chaos and potentially back to Stone Age.

Fortunately for the country, Puntland State remains the bastion of democratic Federalism as its leadership and people continue to champion the spirit and letter of democratic federalism. Since its inception 22 years ago and notably during the height of constitution making process, Puntland has distinguished itself as the staunchest defender of Somali Federalism and constitutionalism. It has vigorously challenged and rightfully resisted any attempts by rogue FGS elites to centralize state power at the expense of federalism.

Rather than undermine Puntland’s noble efforts, the FGS should pay periodic visits to Garowe to learn from the pioneer state’s experience and best practices including its stewardship towards universal suffrage given the recent success in holding direct one-person, one-vote (OPOV) pilot elections in three municipal districts.

Unlike other quasi- regional states that remain vulnerable to Villa Somalia manipulations, Puntland is the quintessential Federal Sate being the only fully-fledged, institutionally complete FMS wielding constitutionally-vested powers that can withstand the dictates of anti-federalist forces while retaining the ability to hold the flailing FGS accountable. Without Puntland’s resolve and persistence, Somalia’s nascent federal system would have collapsed along ago. Puntland serves as the anchor of federalism meaning it can speak on behalf of other besieged regional states on contentious constitutional matters by negotiating directly with the FGS on equal terms.

Deprived of its share of donor funding by anti-federalist forces in charge of the central government, Puntland has demonstrated the ability to mobilize its own resources in the fight against Al-Shabab and ISIS extremists within its state borders. It pays for the salaries and training of its security forces and procurement of arms and other supplies. Worse still, recruitment of members of the Somali National Army (SNA), civil servants and other posts remains Mogadishu-centred leaving the FMSs short-changed, under-staffed and under-served.

In its bid to address these pertinent issues, Puntland has often proposed viable options that can strengthen Somali federalism including fiscal federalism, which will allow for the equitable share and distribution of donor funding, taxes and revenue collection among the FGS and FMSs. Puntland also stands for principles that advance dual federalism a system of governance where the federal government and state governments each have clearly defined spheres of power . Under dual federalist political systems, the federal government cannot interfere with matters delegated to state authority, and states cannot interfere with matters of federal authority.

Puntland is also spearheading the drive to decentralize recruitment of federal civil servants, which will bring public services closer to the people across all FMS jurisdictions and notably to rural communities. More importantly, Puntland is a strong proponent of co-operative federalism, which posits that the federal and state governments must work together to achieve mutual goals. In the Somali context, FGS and FMs must act collaboratively and in good faith to address constitutional matters, resource-sharing mechanisms, security initiatives and the establishment of a decentralized system of public service delivery.

Progressive analysts blame the recent and recurring breakdown of relations between Puntland State and the Federal Government on the current Villa Somalia honchos and their predecessors. By circumventing Puntland’s efforts at safeguarding the Federal constitution, the FGS repeatedly has been in breach of the 2014 agreement signed by the two parties. Following the October 10-14 talks in Garowe, which was witnessed and countersigned by IGAD and AU, the two parties reached an agreement on standing issues, including the completion and implementation of the Federal Constitution, the formation of the Federal Member States (FMSs), building of an inclusive national army, and issues pertaining to international agreement on development.

Other agreed upon issues include the sharing of international aid and assistance received in the name of Somalia, recovery and fair distribution of national assets and the restitution and return of private property to its rightful owners. Further, the two parties agreed that the appointments of Federal Government positions such as officers of the armed forces, civil servants, members of the independent commissions and diplomats etc. shall be done fairly with the view of adequate representation of women.

Fostering good relationship between the Federal Government of Somalia and the Government of Puntland was high on the agenda as the two parties agreed to proceed with the following:

1.1. To improve the relations and dialogue between the senior leaders of the two governments, to exchange visits and to respect state protocols.

1.2. To encourage cooperation between various institutions of Puntland and the Federal Government.

1.3. To implement all agreements between Puntland and the Transitional Federal Governments of Somalia, so long as they do not contradict the Constitution.

1.4. To respect and implement the Federal Constitution.

1.5. To stop and prevent anything that can harm the relations and cooperation between the two sides and to resolve any grievances through dialogue.

In the wake of failed attempts by the FGS to honour past agreements, the Puntland government issued a statement on January 9, 2023, reiterating its long-held position of being part and parcel of the 18 years old effort to lay the building blocks of the federal system in Somalia, starting with the 2004 agreement in the Mbagathi conference in Kenya noting that this important conference established the Federal Government of Somalia and the provisional federal constitution, which was created to lead the country into a functioning federal system.

Due to overt betrayal by the FGS, Puntland has announced plans to conduct its own affairs as an independent government until the Constitution is completed and a referendum held. Puntland’s action is in line with Article 142 of the Federal Constitution of Somalia, which “gives each of the federal states the right to act independently pending the completion of the Federal Constitution of Somalia. ” It is also in accordance with Article
4, paragraph 2, of the Puntland Constitution which states, “Puntland Government will negotiate with the Federal Government on its own terms and interests until the completion of the country’s federal process. ”

In its official statement, Puntland Government considers that importance should be given to the sequential completion of the following points:

As a proven and trusted defender of the constitution and the federal system, the people of Somalia must rally behind the Puntland Government as it continues to take the lead in the completion of the provisional federal Constitution, the political agreements of power sharing based on the federal principles, security systems, resource sharing mechanism agreements, and international donations.

In the wake of FGS betrayal and failures, Puntland’s independent stance should be seen as a necessary, strategic move aimed at protecting the unity and sovereignty of Somalia. Every duty-bound, peace-loving citizen should express solidarity with the Puntland Government which is working in the best interest of the nation.

The road to national redemption begins and ends in Garowe. Somalis must reject the politics of betrayal, treachery and deception and should join hands with patriotic forces determined to pull the beleaguered nation out of its current quagmire and steer it towards a conflict-free era of peace, unity, stability and economic prosperity.