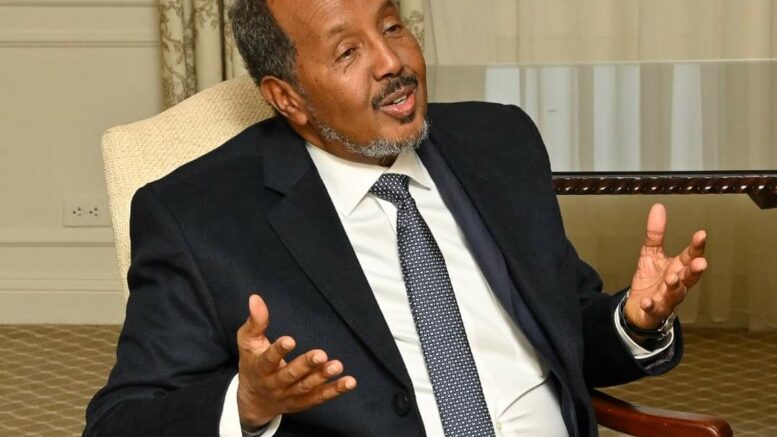 President Mahamud credited Kenya for its role in advancing peace in region.

“Your sacrifices for Somalia is commendable; your contribution to defeat terrorism is phenomenal,” he said.

President William Ruto has said stability in the Horn of Africa is dependent on peace in Somalia.

He noted that leaders have to work together to defeat terrorism in the region.

“Kenya and Somalia have a lot in common. We have to ensure that there is stability for the sake of our prosperity,” said President Ruto.

President Hassan has been praised for the cooperation he has shown with neighboring governments.

The meeting between the two presidents took place in the United States on Thursday.